Originally published in The Jerusalem Post
A friend of mine on Facebook has posted: “Travis Carter along with 18 other firefighters were killed yesterday fighting the Yarnell Hill fire. Please pray for all of their families and especially please pray for Travis’ son and daughter.”

Now I understand why so many of my friends from the Orme School, a small boarding school in Arizona where I went to high school, are changing their profile photos to a Prescott Granite Mountain Hot Shots crew logo that says “last alarm 6/30/2013.” Our friend Carter has passed away. But the sad truth is that I don’t remember Travis that well, so it is good that another friend has posted old photos of him in his football uniform, number 45. The online community at Orme is posting rememberances and sharing thoughts and prayers with the family. 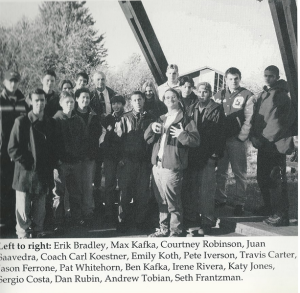 This is the new world; it isn’t the first Facebook obituary I’ve read this year. Jeff Plevan, a fraternity brother from Phi Kappa Psi, passed away earlier this year. The first notice was “RIP Jeff Plevan.” How could that be? He was just in Israel and then he was gone. I’d turned down a lunch with him – actually, blown him off. What am I supposed to contribute on Facebook? Everyone is writing “we will miss you Jeff,” so am I supposed to think up something more original? What is the mourning etiquette for social media? In many ways the Facebook mourning phenomenon is perfect for the world we live in. Many of us are born in one place, go to high school in another place, university in a third location and end up working elsewhere. With all the communities joined along the way, without Facebook we would never know people who we once spent our time with had died.

In the old days when people for the most part remained in the same place, phone calls, letters or community meetings would have sufficed to announce a death. In Israel it is still relatively common to see notices pasted up in communities announcing a death. But for the modern person on the move, Facebook can play an essential role in maintaining links to all the varied people someone has known over the years. However, there is something macabre in the fact that the dead person’s Facebook page remains open after their death. Plevan’s is still open. In fact it is being used to raise money for a No Bad Days Jeff Plevan Scholarship Fund, a great cause and a good way to keep Jeff’s memory alive. 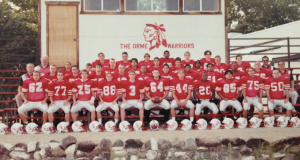 In the old days one might have held a memorial for someone long after their death. But these days the memorial takes place within 24 hours. One is flooded with notices, photos, stories. Does it make it more personal? In some ways it creates a competition for everyone to join in with condolences.

Do the condolences actually console the family? Is it easier just to post a short note like “we are so sorry for your loss” than to call the person? Does the fear of calling someone indicate a belief that avoiding the issue of loss through the distance of the Internet is equivalent to expressing real person-to-person sorrow? Some of us share stories on Facebook, short little rememberances, and these bring together an online community.

For instance in recalling Travis a number of people remember his having been an aggressive member of the Orme Warriors.

One writes: “I had the great privilege of playing football in high school with this guy. He was the left defensive end and I was the right defensive end. I used to love it because teams refused to run to his side, so I got to see lots of action.” But many of us seem to just write that short note to loved ones, “sorry for your loss.” The sense of community is only so deep. One can see the community, in this case all the people who changed their profile pictures. But we don’t grieve together, we grieve separately.

Nor would there be a way to grieve together because everyone is so far apart.

So this is the best that can be done.

Does Facebook or social media cheapen death? Is it appropriate? This revolution, of changing how we relate to death and mourning, is similar to that which took place with the telephone. It changes the way we relate to each-other in times of crises. It allows for the creation of a instant online community and the sharing of sorrow. In this case people can express solidarity by changing their profile pictures. It changes the way knowledge is transmitted and the ability to interface with it. In the past we had to rely on the telephone and the chance someone felt the need to inform you. If no one called how would you find out an old friend you had not seen in a decade had passed away? With social media the social community doesn’t disappear even if we move on from it. In some ways the closeness is illusional. Some people who appear to grieve are simply participating in saying the right thing. Because of the superficiality of the medium of social media I become aware of death without feeling a proper distance and initmacy with it. Do we mourn properly when we simply change our status or change a profile picture. It is too easy to simply type a few words. In the old days we might have written whole letters. Now our participation is cursory at best.

Instantly seeing photos is intimate, but social media dilutes the connection allowing us to keep connections to a vast quantity of people.

HOW MANY friends’ deaths will we learn about on the internet? If Facebook remains a social media behemoth for another few decades, the answer would seem to be more and more. But does that also make Facebook something one begins to associate with tragedy? Now when one sees “sorry for your loss,” does it not strike fear into our hearts? Who is gone now? Is it Joseph, who is serving in the Marines? Is it Ali who is in Pakistan? Some of them seem to do dangerous things all the time; they work as reporters or performers or pilots. But are those the ones we are afraid for, or is it the ordinary people struck down while crossing roads? Social media doesn’t always communicate someone’s status sufficiently. Let’s say a friend is in prison. His profile page doesn’t say, “I’m sorry, I am in prison, when I get out I will respond.” So his friends leave him notes, “hey bro, where you at?” They share photos on his wall.

And his friends in the know don’t post “Jim is in jail,” for example.

And that makes us wonder about the people who miss the death notices. A year goes by and someone’s page is still up and we leave the person a message.

Who will write us back and tell us, “I’m sorry, but your friend has died”? Nothing can prepare any of us for the fact that we sit down and read the news and see the tragedy, like “19 Arizona firefighters killed” and there on the iPhone is the notice: “Oh, so sorry to hear the shocking news, sending prayers.”