Recently Rabbi Rick Jacobs, the president of the Union of Reform Judaism, let loose with yet another broadside against Orthodox Judaism.In an article in Yediot he was quoted as arguing “The biggest problem today between Israel and American Jews regarding religion is that Orthodox Judaism is a powerful, coercive political force in Israel,” which Israel has entered into an “unholy alliance” with, bringing “Israel – and the Jewish people – to this current crisis.” There are a lot of Cassandras who prophecy and explicate the supposed “crises” between American Jews and Israel, but the whole Rube Goldberg-like edifice of such criticism is fraught with false paradigms, illogical dialectics and outright lies.The major argument put forward by those like Jacobs posits that there were “good old days” when American Jews and Israel saw eye to eye, while today there is a paucity or decline of such fellowship. 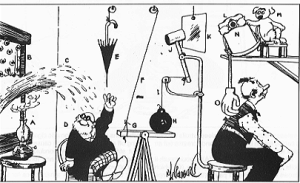 “North American Jewry, especially younger Jews, simply don’t understand why the Judaism that they know and love is not recognized by the Israeli state…. Too many Diaspora Jews are disconnecting from an Israel that does not honor, reflect or support their core Jewish commitments,” claims Jacobs.

This is similar to the Peter Beinart claim that “the leaders of American Jewry would have been horrified to imagine a day when the most powerful Jewish organizations were indifferent to whether democratic values governed American life and whether those values governed the Jewish state.” Therefore, Beinart goes on to argue, “liberal American Jews must feel a special commitment to Israel’s ethical character.” Like Jacobs, Beinart mentions the word “honor”: “they must see their own honor as bound up with the Jewish state.”

Similarly, Robert Lifton, former president of the American Jewish Congress, claimed in an August 8 article in the Huffington Post titled, “A message from a longstanding Zionist to the Israeli people,” that “if Americans see those values as eroding on the Israeli side, that alliance will weaken. Despite all their wishes, pro-Israel American Jews will not be able to defend Israel.” And we often hear reports of Reform rabbinical students claiming “the Israel I see does not seem to reflect so many of the Jewish values that my family and community raised me with.”  Rabbi Elliot Cosgrove of the Park Avenue shule also wonder if Israelis and American Jews “have anything to talk about.”

The problem is that tremendous historical ignorance exists regarding American Jews’ feelings about Israel in decades past. For instance, recently Jay Ruderman pointed out that Israelis think American Jews view themselves as Jewish first and American second, but in fact “youngsters see themselves as Americans first of all.” However, in 1950 American Jewish Committee leader Jacob Blaustein said, “American Jews have truly become Americans” in a similar debate with Israeli officials. This isn’t a new phenomenon, it is a historical disconnect, which should be acknowledged. The same goes for the “core values” debate. The reality is that most American Jews never identified with the core values of Israel, and that 1950s Israel was not as liberal as it is often claimed to have been.

In 1943 Blaustein noted that Israel must adopt American values or be shunned, saying that “as to the constitution [of the forthcoming State of Israel], it must be democratic and based on a Bill of Rights without any link between church and state. Arabs and Christians, representing minorities, must be assured equal rights in fact as well as in theory. A constitutional system must be devised, preferably modeled on the American presidential system.” Many American Jews at that time were deeply disturbed by what one leader said was the “dangerous and outworn doctrines of a combination of church and state;” he referenced not only to the power of the Orthodox in Israel but also to the Law of Return and the treatment of Arabs in 1950s Israel. Today Rabbi Julie Schonfeld, the executive vice-president of the Conservative movement claims that the Diaspora will become “alienated” if Israel does not do more to recognize Conservative Jews, forgetting that Israel never gave other Jewish streams a prominent position and the Diaspora was always alienated on this issue.

It is important to recall that in those days and through to the present, the American Jewish community had strong Zionist, non-Zionist and anti- Zionist factions. (In 1960 Rose Halperin, acting chairman of the Jewish Agency in the US, noted that there were “half a million [Jewish] Zionist homes” in the US. At the time there were an estimated six million Jews, so Zionists according to Halperin constituted 35 percent of American Jewry, likely an exaggeration.) Throughout the period there were deep cleavages even within the Zionist movement, between American leaders like Nahum Goldmann and Israelis; Israel’s values were never totally in line with mainstream values of American Jews. Yet we are fed a porridge of nonsense about American Jews and Israel walking hand in hand in the good old days, with Israel today having “ruined” this relationship.

The rabbinical students and “open letters” are perfectly crafted to fit this uniform narrative. For instance, American Reform Jews on Hebrew Union College programs in Israel are treated to a rigorous course of study that inculcates the movement’s view of “Jewish values” – values that may greatly diverge from those of most other Jews in the world, particularly Israel. Then those very same people are taken on a tour of Israel, shown Beduin settlements in the Negev, some poor Eritrean “asylum-seekers” in south Tel Aviv, and are told stories about Palestinian suffering.

They then parrot back the obvious response that the values they were just taught about don’t match the Israel they were shown. (Even if they were not spoon-fed ultra-liberal “Jewish” values and told to fight for “social justice” and “healing the world,” they would likely find that even basic American values diverge greatly from Israeli ones.) The problematic conclusion drawn from such exercises is that Israel has caused this “divergence” and must “reform.”

This attitude is well illustrated by the book Not the Israel my Parents Promised Me by Harvey Pekar, the famed American comic book writer. The book reveals a sense of entitlement to Israel. But which kids get “promised” a country, one they don’t even live in? Israel isn’t some sort of bar mitzvah present, a toy bought through donations to the country. It is a real country full of real people, and there is arrogance in such crocodile tears about “my” country letting them down and not living up to their values. 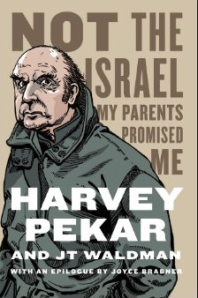 Rabbi Jacob’s statements partly embody this view; Israel should become more like America in order to serve his community’s desires. As he noted, Orthodox Judaism “must no longer be the default position of the Jewish state… we expect that we – and all Jews – have the same rights in the Jewish state that we have in every other country.” Whereas Nahum Goldmann, Jacob Blaustein and David Ben-Gurion once disputed whether Israel had a right to speak on behalf of American Jews and to encourage aliya or “dual loyalty” in the US (they agreed Israel should not), today the situation is reversed, with American Jewish groups laying claim to what Israel “must” and is “expected” to do, like a father talking to his son. But why must Israel transform itself into a mini- America to “honor, reflect or support” the values of some American Jews?

THE JACOBS dialectic is that US Jews have a special stake in Israel and that it therefore must be Americanized to fit their values. But even if true, does this give him the right to demand, for example, that Israel not have a relationship with an Orthodox hierarchy, when the vast majority of the citizens are nominally Orthodox (most are secular but when they go to synagogue, they go an Orthodox one)? No-one preaches to England about its special relationship with the Anglican Church’s, or tells the Turks how to manage Hagia Sophia. 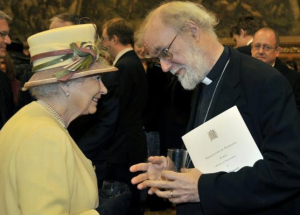 Archbishop of Canterbury Rowan Williams and the Queen of England

A central problem is that some liberal American Jewish professionals demand Israel represent their values, but don’t acknowledge that the case they make for why Israel should comply could similarly be made by the 10% of American Jews who are Orthodox.

The “values export” concept is unique to the American Jewish-Israel relationship. Italian Americans don’t speak about “ending our support for Italy” if Italy doesn’t look exactly like America. Irish Americans don’t claim to lose affinity with “the old country” simply because Ireland has a more conservative policy on abortion than the US. Irish and Italian Americans don’t divide themselves into camps of “pro-Ireland” and “anti-Ireland”; they accept that Ireland is a country with some historical- cultural affinity for them, whatever its current political foibles.

The American Jewish-Israel relationship might benefit from less “love,” if that “love” is always paired with demands that Israel emulate American “values,” and instead more maturity. Jay Ruderman has argued that Israel “would have a tough time without US support,” but such support cannot only come with strings attached, especially not strings woven out of a falsified narrative.

Those who do not take up citizenship in a democratic Jewish state should not keep threatening it with “punishment” for not doing what they desire. This applies equally on the right; right wing American Jews should not demand Israel be more “pro- Israel” than Israelis are. In the 1950s American Jewish leaders demanded Israel not speak on their behalf, unfortunately now some demand it emulate all their values, with financial and political support threatened to cudgel the recalcitrant.