In December of 2015 I went back to Iraqi Kurdistan, the Kurdistan Regional Government.  After a drive to Kirkuk I interviewed the police commander Sarhad Qadir and went to the frontlines to meet PAK commander Hussein Yazdanpana.  Then there was an interview with Kemal Kirkuki, local commander and former speaker of the KRG parliament. 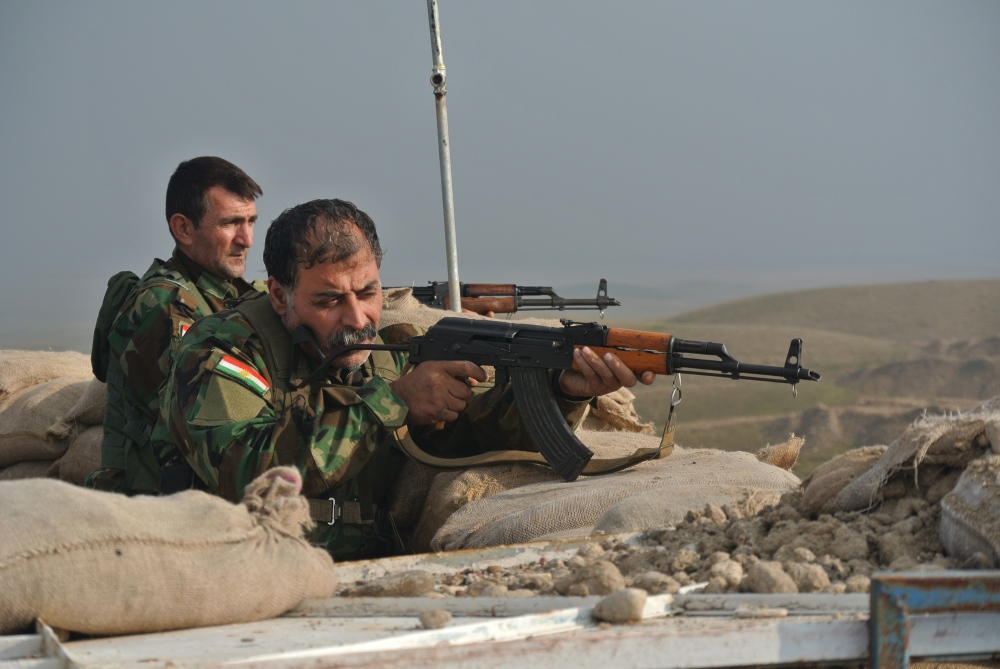 In subsequent days I travelled north via Duhok to Shingal, to see the uncovering of mass graves from the genocide of Yazidis in August of 2014.  With Vager Saadullah we met with Rojava peshmerga, Yazidi commander Qasim Shahsu and toured the graves and killing fields with Sheikh Nasser Pasha of the KDP in Shingal.  We slept at the headquarters of a local peshmerga de-mining unit and met with frontline commanders and local aid workers as well as Yazidi civilians.  Lastly we travelled back to the mountain of Amedy and saw the rural mountain tourist attractions there.

Here are some of the articles I wrote,

How peshmerga commanders fight ISIS but are keeping an eye on Iran and the Shia militias, featuring Hussein Yazdanpana and his views on Israel in The Jerusalem Post

A photo essay of Yazidi genocide and refugees in +972

A twenty minute documentary with exclusive photos, interviews and video about the Yazidi genocide here

‘A genocide before our eyes’, February 13, part 1, Algemeiner, link is here

Some of the articles I wrote in June and after about Kurdistan,

‘In Kurdistan, a bond with Jewish people’, The Forward, June, 2015, http://forward.com/opinion/310443/deep-in-kurdish-heartland-finding-a-bond-with-israel/