For 49 years Israel has administered the West Bank and Jerusalem, areas it captured from Jordan in 1967 and which where intended in the 1947 UN plan to be an Arab state. Over those 49 years Israel governed the lives of a growing number of Palestinian residents of Jerusalem who had been granted permanent residency, but not citizenship, by Israel. In addition Israel rules over and controls the lives of 2.6 million Palestinian Arabs in the West Bank who have no residency or citizenship.

Since the Oslo Accords of 1993 there was a supposition that many of the Palestinians in the West Bank (and Gaza) would eventually live under a Palestinian state. As more than two decades have passed, that seems increasingly unlikely.  Israel only barely pays lip service to the concept of a fully independent Palestinian state, and many of its politicians and citizens oppose a state.

At the same time Israel’s politicians and many of its citizens want to hold on to a “united Jerusalem” and towards that end have built neighborhoods throughout East Jerusalem, increasing its Jewish population to 150,000.  There is no way to divide the city today.

Arab residents of Jerusalem are a living example of the contradiction evident in Israel’s policies.  Here are hundreds of thousands of people, provided residency but not citizenship. There are residents of Jerusalem whose families have been in the city 1,000 years, but who have less rights than someone who immigrates to Israel tomorrow from the US or England. More ridiculously there are people who have lived their whole life under this “residency” system, without citizenship.

For years when I brought this issue up people would say “but Seth this is their fault, they don’t want to be citizens, they can apply and receive citizenship.”  That was historically true.  Only 1.5% of Arab residents vote in Jerusalem elections (they cannot vote in Knesset elections). Only a few hundred a year were applying for citizenship and more received it up until 2000.

4 of 396 is the number that tells you everything you want know about Israel’s policy and puts the lie to the story that “it’s their fault.”  In this case you have people who should have a right to citizenship, who are from Jerusalem, whose presence in Jerusalem often pre-dates the state of Israel, who have grown up only under Israeli rule, and yet who cannot receive citizenship.  Can they receive citizenship in a Palestinian state? No, of course not.  And this, in essence is Israel’s policies.  No Palestinian state.  No citizenship.

They used to call the Arab rejectionism of Israel the “three nos”. This was from the Arab League’s Khartoum resolution of 1967: No to peace, no recognition of Israel, no negotiations.

Since then Israel has negotiated peace with Egypt and Jordan.  It has opened relations with Tunisia and Morocco and the Gulf States.  The Saudi led peace initiative of 2002 shows that the Arab states are open to redressing all of the “nos”.

But in place of the three nos, Israel has adopted the two nos.  “No citizenship, no state.”

It is incumbent on Israel to make a decision about the West Bank.  I write West Bank because Israel has, in essence, made a decision about Gaza.  It has withdrawn and maintained a blockade of Gaza.  The Israeli narrative is generally that Palestinians “reject” negotiations or statehood by their demands for refugee return or to make Jerusalem a capital of Palestine. Let’s say you believe this to be true, and that Israel does not accept Jerusalem as a capital of a future Palestinian state. Given the building of the Light Rail and all the ring neighborhoods around Jerusalem, it seems obvious that no one in Israel envisions Palestinian police wandering down the streets of Beit Hanina.

Ok, so Israel envisions Jerusalem as permanently part of Israel. But then why are only 2.9% of those applications for Israeli citizenship approved? Because actually Israel doesn’t want more Palestinian Arab citizens.  Yet it wants to control their lives, to control their borders, to control their residency cards, to administer their affairs.  No Palestine state, no citizenship.

There is always an excuse about these types of issues.  Palestinians “reject” Israel. But in this case the 396 applicants didn’t “reject” Israel.  In the opposite, they wanted to be Israeli and they had every right to be as people who have no other choice, who are basically stateless and who reside in Jerusalem.

Yet for 97% of them Israel found a reason to say no.  No citizenship. And of course, no Palestinian state for them. 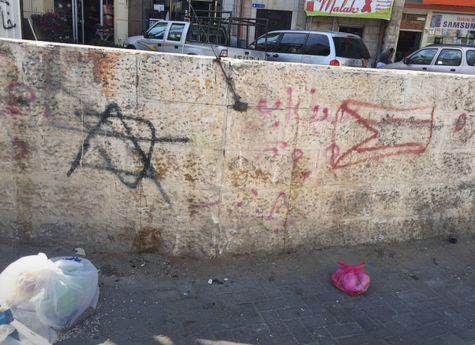