Texas-born Rex Tillerson is Donald Trump’s pick for Secretary of State. He received a degree from the University of Texas and has worked in the oil industry for Exxon since 1975. In US media there has been interest in Tillerson’s experience with oil in Russia, but another area that he has made waves is in supporting oil investment in Kurdistan. In 2013 an article said he had bet big on Kurdish oil. One article from 2013 notes; “In 2011, Tillerson signed a deal for five oil fields in Iraq’s autonomous region of Kurdistan. It was a standard contract, called a production-sharing agreement, allowing for the accustomed high upside on success. This was signed in defiance of Baghdad, which forbids companies from dealing directly with Kurdistan.”

Tillerson was one of the major pioneers of avoiding Baghdad and going directly to the Kurdistan Regional Government. “Tillerson would like to have it both ways—continuing to drill in Iraq proper with hopes that the money will get better down the road, and working in Kurdistan, where there could be huge profit if the fields in fact do hold significant volumes of recoverable oil. If Baghdad forces him to choose, Tillerson is likeliest to go with the Kurds, which would in the end mean a higher profit per barrel, and perhaps even greater production overall.” According to one source the October 2011 deal covered 848,000 acres in the Kurdistan Region.

Steve Coll at The New Yorker wrote that Tillerson opposed Washington’s policy on dealing directly with Baghdad.  Thinking outside the box, he went directly to Erbil. “In Kurdistan, during the Obama Administration, Tillerson defied State Department policy and cut an independent oil deal with the Kurdish Regional Government, undermining the national Iraqi government in Baghdad. ExxonMobil did not ask permission. After the fact, Tillerson arranged a conference call with State Department officials and explained his actions, according to my sources, by saying, ‘I had to do what was best for my shareholders.’ ” It may not all be smooth sailing for Tillerson back home.  He is not a beltway insider, and has no experience at the top of the notoriously clannish State Department. Already establishment media are showing their concern for his rocking the boat. “The move undermined Iraq’s central government, strengthened Kurdish independence ambitions and contravened the stated goals of the United States,” writes the New York Times.

Kurdistan Region Prime Minister Nechirvan Barzani  has congratulated Tillerson. On Wednesday December 14 he wrote; “On behalf of the people of Kurdistan I congratulate Rex Tillerson on his nomination as the next U.S. Secretary of State…In his role as Chairman and CEO of Exxon-Mobil he worked closely with the Kurdistan Regional Government in developing our natural resources, and thereby helping to improve the lives of our people.”

Kurdistan has faced hurdles developing and exporting  its own oil and this has exacerbated the financial crises caused by the 2014 war with ISIS. Iraq has complained in the past, but the war put some crises on the back burner. The KRG wants to see production top 1 million barrels per day, but it has been closer to 600,000 a day. Even with 22 active oil companies production sometimes falls to as low as 450,000 a day. In addition a dispute over Kirkuk’s oil fields and payments of salaries from Baghdad have caused other hiccups in production and export. 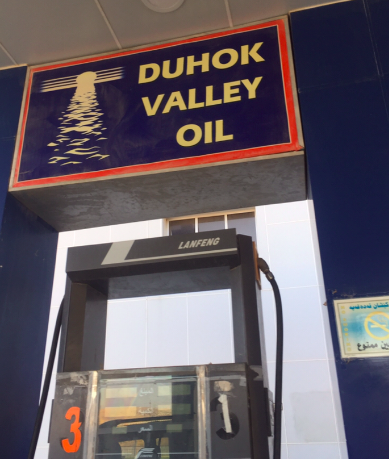 Tillerson could be good news for all this.  The financial crises will be one of the main issues in the Kurdish region in 2017 and it will be used by opposition parties against the central government in Erbil, as it already has been. Shoring up stability in the KRG after ISIS is critical for the Kurds and all the gains they have made, and it is critical for the region as well. Qubad Talabani told Chatham House this week; “The combination of Baghdad cutting our budget and the fall of oil prices the following year, along with a large and dysfunctional bureaucracy and the load of IDP’s on our political and economic system has left us with enormous debt and fiscal challenges. Urgent austerity measures and a shift to direct oil exports have improved the Government’s immediate cash balance, while structural reforms have begun to tackle the longer-term challenge of transforming the public sector and promoting diversification of the Region’s economy.”
Direct export of oil, working out budget issues with Baghdad and support from abroad are essential for the KRG. Tillerson, with a willingness to think outside of the box, might be able to support the needs of the Kurdish region.