By SETH J. FRANTZMAN
ISIS is being defeated in Iraq. As Mosul falls to the Iraqi security forces after six months of conflict, many pieces are falling into place in northern Iraq. After years of war the country is scarred. There are millions of IDPs. There are minorities who seek to return home and reconstruction that needs to be completed. Tensions with Shia militias will likely encourage a new incarnation of ISIS. The Kurdish region is seeking independence and Iran is increasing its influence in Iraq. The US may remain after the conflict to train Iraqi and Kurdish forces. But more needs to be done to defeat ISIS in Hawija, Tal Afar, Sinjar and Anbar. The war is far from over and there are dark clouds gathering. Tal Afar could trigger Turkish intervention, for instance.

Over the last two years I’ve been writing about the war on ISIS. In late March and early April I travelled to Western Mosul to see the war effort. Here are the reports from the frontline and behind the lines. 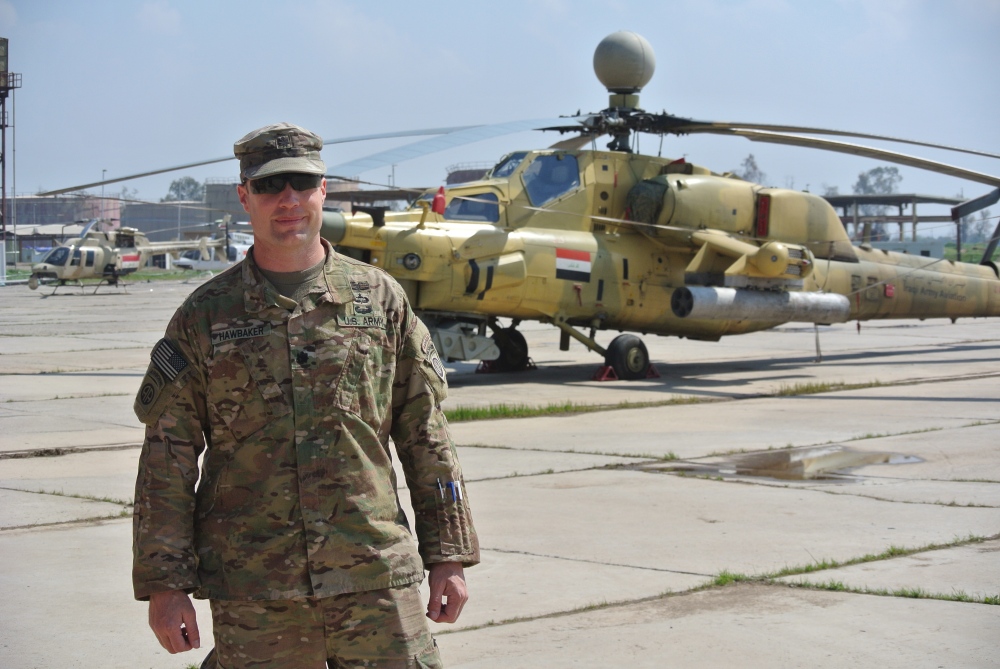 The battle for Mosul began in October 2016. After several months of high casualties and a slow grinding offensive in eastern Mosul, the Iraqi army was able to take half the city. The heavy lifting in the east was done by the “golden division” or the ICTF, the black-clad light infantry on their humvees that had to push through neighborhood by neighborhood. They were chewed up in this tough battle against around 5,000 ISIS fighters. Although the overall Iraqi forces and Kurdish Peshmerga had some 50,000 fighters, the reality is that once the Kurds had taken the areas designated them on the outskirts and the Iraq army had made it to the suburbs of Mosul, the several thousand ISIS fighters faced several thousand Iraqi elite units, not the entire force the Iraqis had on hand.

Once the western Mosul offensive began in February 2017, the same thing happened as in the east. The Iraqi security forces led by the Federal Police and ERD rolled over the suburbs but were slowed in house to house fighting. They called in US airstrikes, and in one incident dozens of civilians were killed. In an analysis piece I looked at what happened in late March.

I interviewed a key US commander in Iraq on March 25, 2016. US Brig.-Gen William A. Turner is the deputy commanding general for Combined Joint Forces Land Component Command in Iraq, the US-led coalition to defeat ISIS. The US was pounding ISIS, over six months it had carried out more than 2,100 air strikes against Islamic State. Nearly 600 ISIS buildings and facilities have been hit, as well as 614 bunkers, 451 mortar positions and 273 boats and barges.

After arriving in Mosul and spending days with the Federal Police I wrote about how the Iraqi forces have been forged in their war and improved since 2014 when many abandoned their posts and fled ISIS.

The battle for Mosul has also revealed a new US strategy not only in Iraq but throughout the world. The death of US soldiers in Afghanistan, Syria, Somalia and Yemen have shown the broad effort the US is carrying out around the world using special forces partnering with local forces to fight a war on terror. There is no nation building today. In a piece at National Review I gave an account of how the war looks on the ground and the role of the US as well as a contrast with the Kurdish region. In an extensive piece at The National Interest I looked back at the US role in Iraq since the 1990s and what comes next.

With video and photographs from Mosul I made a documentary on youtube.

The Jerusalem Post
April 14: US strategy and the battle for Mosul
http://www.jpost.com/Middle-East/In-battle-for-Mosul-new-US-strategy-takes-shape-486941

The Jerusalem Post
April 5: The Iraqi security forces and the battle for Mosul
http://www.jpost.com/Middle-East/On-the-ground-in-Mosul-The-face-of-a-new-Iraqi-military-forged-in-war-486112

National Interest
April 18: Iraq, the US and what comes next after Mosul
http://nationalinterest.org/feature/the-more-things-change-the-more-iraq-stays-the-same-20248 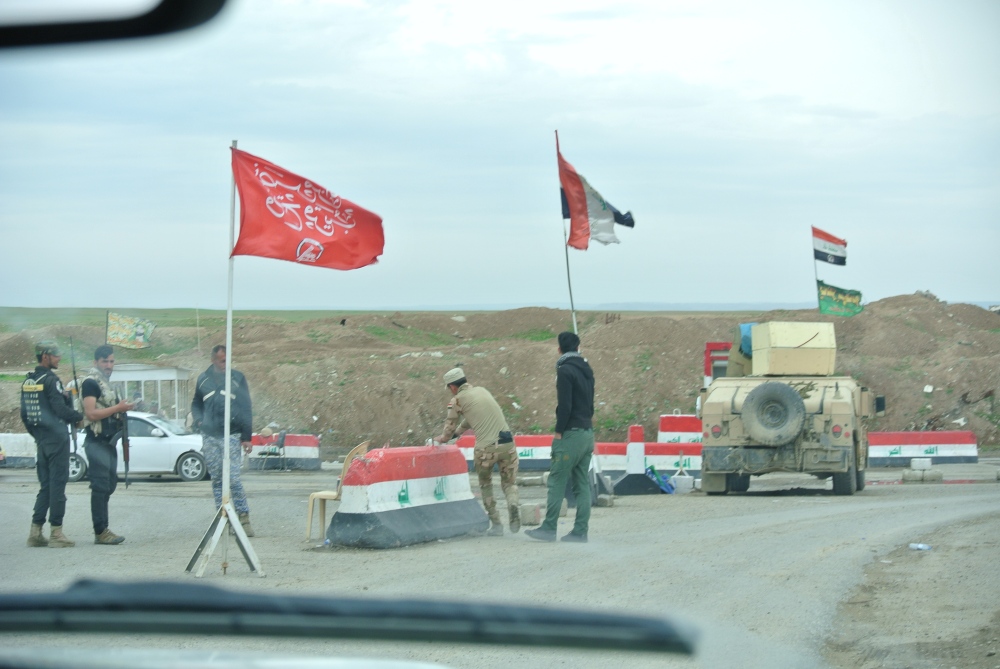 Shia flags at a checkpoint near Nimrud (Seth J. Frantzman)

One of the most important aspects of the war on ISIS in Iraq has been the growth of Shia militias. These have their roots in Ali al-Sistani’s fatwa calling for a war against ISIS in 2014. This led to the formation of the Hashd al-Shaabi or Popular Mobilization Units (PMU), a coalition of Shia militias made up of groups such as the Badr Organization, Kata’ib Hezbollah, Kata’ib Imam Ali, and Asaib Ahl al-Haq. The militias are represented on the ground in the areas around Mosul by checkpoints, flags and the militias that fly them. There are smaller minorities such as the Christian NPU and the Hashd Shabaki. But we also had to navigate numerous other checkpoints run by Badr and others and saw flags of Qais Khazali and other leaders of the militias.

In a piece at The Jerusalem Post I provided a kind of map of the militia presence around Mosul. Technically they are not involved in the battle itself, but instead administer liberated areas and have cut off ISIS by carving out a large area west of Mosul stretching to Tal Afar. In a piece for The Washington Times I looked at how the liberation of Nineveh and areas around Mosul had brought these militias into the vacuum left by ISIS.

The larger picture of the role of the militias involves accusations that Iran is carving out a “Shia crescent” across northern Iraq. It will link Shia communities such as the Shabak and then run via parts of Sinjar to Syria. Kurdish politicians fear this Iranian “crescent” and influence because Iran has opposed Kurdish independence. There are also claims that Iran seeks to meddle in Sinjar and work with the PKK and Yazidis there. Some of these claims border on conspiracies. But the role Iran has in Iraq is certainly outsized and will grow. It could also lead to a backlash.

The Jerusalem Post, April 8th, 2017
A hitchhiker’s guide to the the Shia Militias
http://www.jpost.com/Middle-East/A-hitchhikers-guide-to-the-militias-that-now-dominate-much-of-Iraq-486499 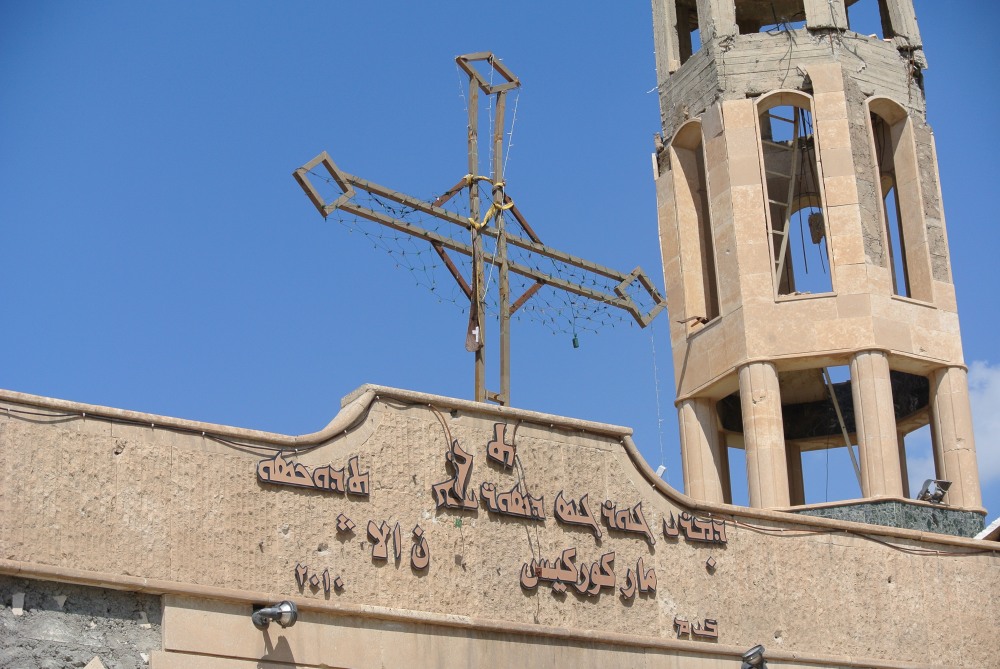 Since ISIS arrived in force in Iraq in June 2014, almost three years ago, it has been carrying out crimes against humanity. The mass murder of Shia cadets at Camp Speicher was followed by the expulsion of Christians from Mosul and then in August 2014 the genocide of Yazidis. I’ve been writing about and documenting these crimes since 2015 when I went to visit refugees and Sinjar’s mass graves. In March and April 2017 in Mosul there were civilians who told harrowing stories of ISIS executions and prisons built inside people’s homes. In this April 5 piece a man described how he buried his own brothers (‘ISIS killed my brothers, I buried them in the yard’ The Jerusalem Post).

In 2016 I visited Kakei villages decimated by ISIS and photographed tombs and graves desecrated by the extremists. During the Mosul offensive we were able to drive through Hamdaniyeh, once the largest Christian town in Iraq with some 60,000 people. Strolling through deserted churches and seminaries it was like a feeling of a movie where everyone has disappeared and a city has been overgrown. Thousands of houses were burned when the city was liberated. Christians vowed they will return. The local NPU militia is affiliated with the Hasdhd al-Shaabi, but they say they can provide security. Yet most Christian refugees who fled in 2014 live in the Kurdish region and many have sought to move abroad. 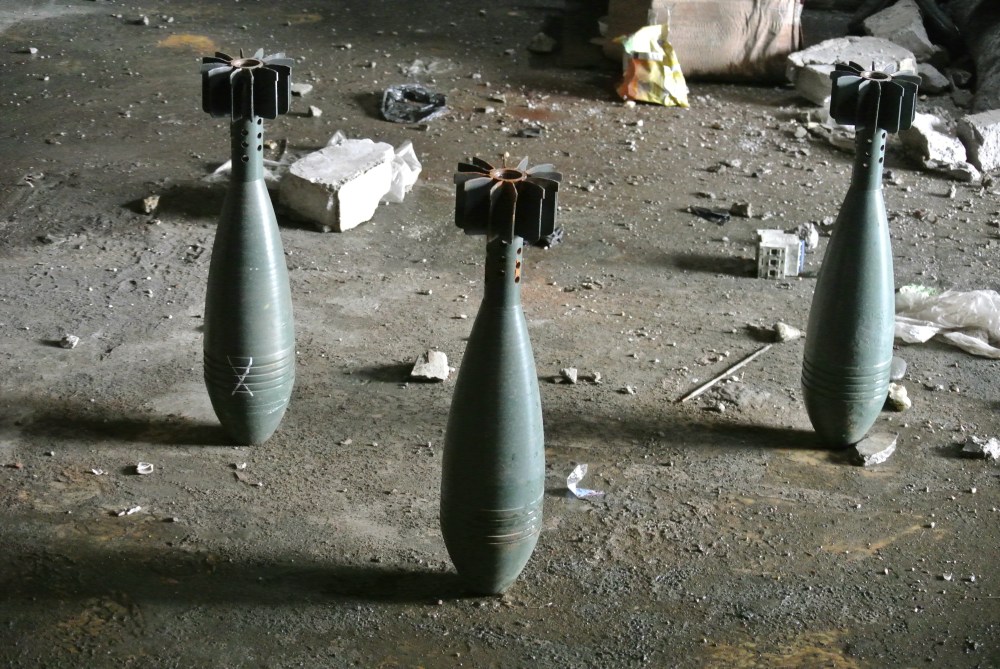 One of the fascinating aspects of the war on ISIS is that despite a 68-nation coalition ostensibly fighting ISIS, the organization has been able to keep the electricity flowing in Mosul, it kept its barges afloat using the Euphrates to transport weapons, its trucks and cars were also driving back and forth to the city up until late 2016. Stores in Mosul were sometimes fully stocked, as I saw when I visited liberated neighborhoods.  This was perplexing. ISIS under siege wasn’t living like the survivors in Leningrad in 1941 or those at Vicksburg, in the 1860s. Somehow they still were trading oil and had equipment. More than that they had a complex arms industry. I covered research that showed how ISIS supply lines reached via Turkey all the way to Europe. I saw ISIS weapons factories and bags of chemicals and sugars needed for weapons that were made in Turkey and elsewhere. Obviously ISIS was able to buy these through networks even at the height of the war.

What was the “dirty secret” of how ISIS kept itself supplied in Mosul during the war? An investigation shows it had access to trade, fuel and electricity throughout. How it did this had implications for the war and its longevity. My report.

In late May the Shia militias (PMU) launched an offensive to reach the border with Syria, liberating Yazidi villages and areas near Sinjar in an offensive that had potential for conflict with the Kurds and also implications for the future of Iraq. I wrote several articles about this offensive, including its first days and the mysterious death of a Hezbollah fighter in it.

As the Iraqi forces neared the last kilometer of the Old City, I wanted to look back personally on this war and what it means in a piece called ‘A personal journey through Mosul’s war with ISIS.”

On June 22 ISIS blew up the historic Nuri mosque, a symbol of Mosul’s history. I wrote about the tragedy.

The Jerusalem Post, ISIS has been defeated in Mosul but is the victory a hollow one, July 10, 2017. This article looks at what comes next, including the damage to civilian infrastructure, the missing victims of ISIS, the destroyed culture and history and the threat that a new round of extremism may break out. And of course, what about the other ISIS areas in Iraq?