On February 10th northern Israel awoke to sirens throughout the Galilee. Earlier in the morning an Iranian drone had entered Israeli airspace and been shot down. Then an F-16 crashed near kibbutz Harduf. By nightfall many were wondering what will come next. Here is a list of what is known and some other questions raised.

The Iranian drone was identified heading for Israel. It had flown from a base in Syria and entered Israeli airspace from Jordan, a fact that was not initially made public. It flew for one minute and a half inside Israel. Later Israel released images showing Syria’s Tiyas (T4) Military Airbase from which the UAV was said to have taken off. 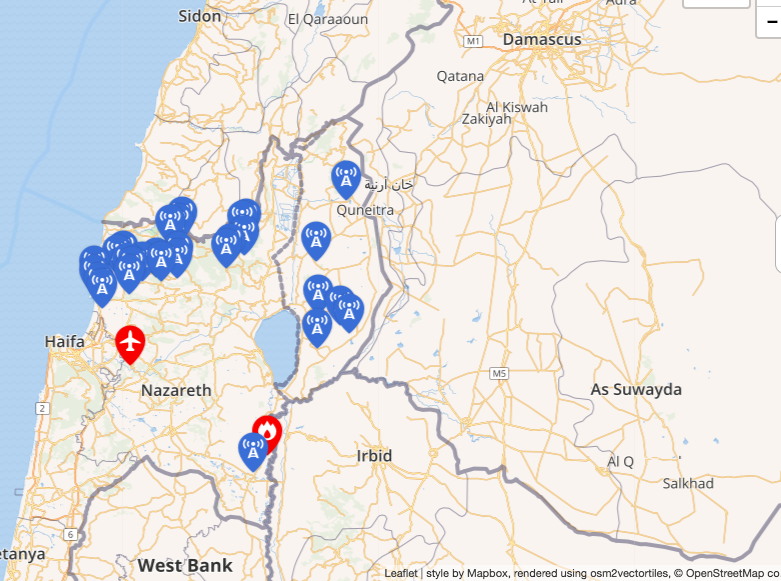 The drone was shot down by an Apache helicopter near Beat Shean, a town in the Jordan valley. Sirens sounded in the valley.

Israel prepared and launched a retaliatory strike. “It was the most extensive attack against Syrian anti-aircraft batteries carried out by the IAF since 1982,..we consider this to be a fully successful operation. Israel’s air superiority was not affected today,” said Brig. Gen. Tomer Bar. Syrian and other media said Israel had struck 12 targets in Syria, including three Syrians SA5 and SA17 air defense batteries and four Iranian targets near the town of Kiswah.” Other reports have indicated S-125 missiles might also have been fired.

Around 7:30am the IDF spokesman tweeted about the Iranian UAV and said Israel was engaging “Iranian targets in Syria” in response.

Thirty minutes later, at 8:08am, he tweeted that an F-16 had crashed in Israel as a result of “massive” Syrian air defense response. Two pilots, one in serious condition, were evacuated to Rambam hospital. Israel radio said that “tens” of S-200s and other missiles had been fired. 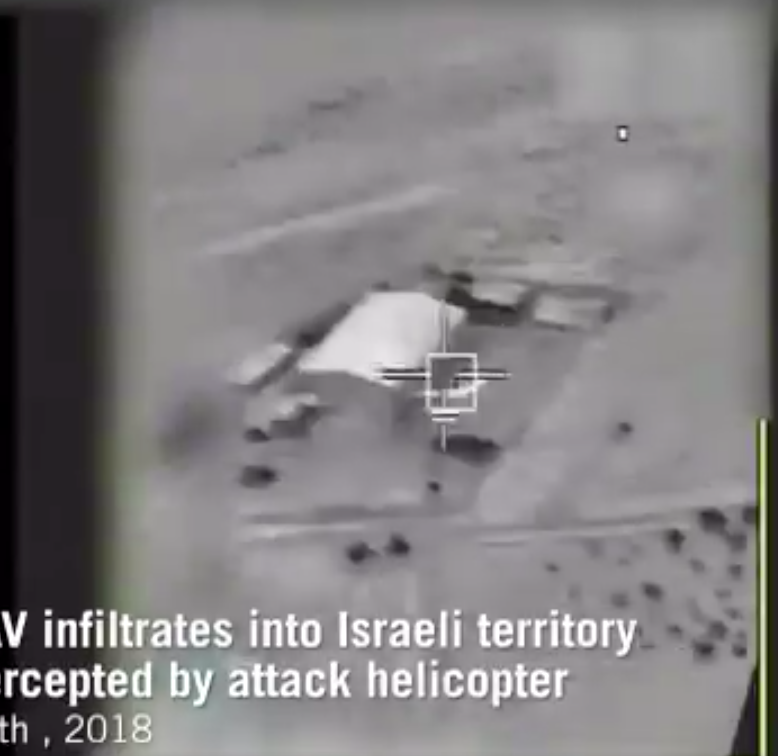 Video of the drone (IDF)

From 8:53am sirens began to sound throughout the Golan.

At 9:07am sirens began to sound throughout the upper Galilee, near the border with Lebanon and as far south as Acre. These affected dozens of communities.

Parts of the drone were recovered from Israel. A defense blog noted that an expert they consulted “decided that was the Iranian made drone called Saegheh. The “Saegheh” (“Thunderbolt”) drone was similar to the RQ-170 Sentinel spy drone.”

Russia responded to the flare up: “We urge all parties involved to exercise restraint and to avoid any actions that could lead to an even greater complication of the situation,” Russia’s foreign ministry said in statement.

Israel said it informed the Russians of the “activities” it undertook.