On August 7, 2014 US president Barack Obama authorized operations to confront Islamic State after ISIS assaulted Yazidis near Sinjar and began a genocide of the minority group. “Yezidi women, men and children from the area of Sinjar have fled for their lives,” the US President said. This mission eventually became Combined Joint Task Force Operation Inherent Resolve which has been fighting ISIS for almost four years now.

Entrance to Sinjar from the west. (Seth J. Frantzman)

On June 1 reports emerged that the US was deploying troops to the Sinjar area. Sinjar (also called Shingal) is the name of a mountain, a city and an area around the mountain. Prior to the war it was home to more than 300,000 Yazidis. Most of them became IDPs during the reign of ISIS terror. The area was partly liberated by December 2015, particularly north of the mountain. In the spring of 2017 the Iraqi Security Forces, led by the Popular Mobilization Units reached the Syrian border near Sinjar. In October 2017 the ISF and PMU took over Sinjar from the Peshmerga. In April 2018 the PKK, whose affiliates had helped saved Yazidis in 2014 from ISIS, was pressured to leave Sinjar by threats from Ankara. They left in April. That left the current situation in which the area remains destroyed by war with almost no effort to aid Yazidis to rebuild. Nemam Ghafouri was recently there and described the situation to the Middle East Center for Reporting and Analysis (MECRA).

Sinjar from the top of the mountain (Seth J. Frantzman)

Sinjar city is still largely destroyed. Sandra Petersmann, a journalist from DW writes “Shingal, the capital of Yazidi homeland in Iraq’s Sinjar region, has been reduced to rubble.” Birgitta Schulke, also of DW, wrote on June 2 about photos of clothing in Sinjar: “A fading trace: belongings abandoned by thousands of terrified Yazidis as they climbed higher up Mount Sinjar to escape being killed,” revealing the continued legacy of ISIS genocide. Yazidis remain fearful on the mountain and without aid. Although some life has returned according to an early May report.

Nasir Pasha Khalaf contacted me on Friday to say that “US forces are now moving towards the Sinjar area, accompanied by Iraqi army forces, to control the Iraqi-Syrian border. This action will weaken the militias of the popular crowd [PMU] and the Iranian role in the region.” Khalaf was a leader in Sinjar during the resistance against ISIS and has written about the need to rebuild the area. 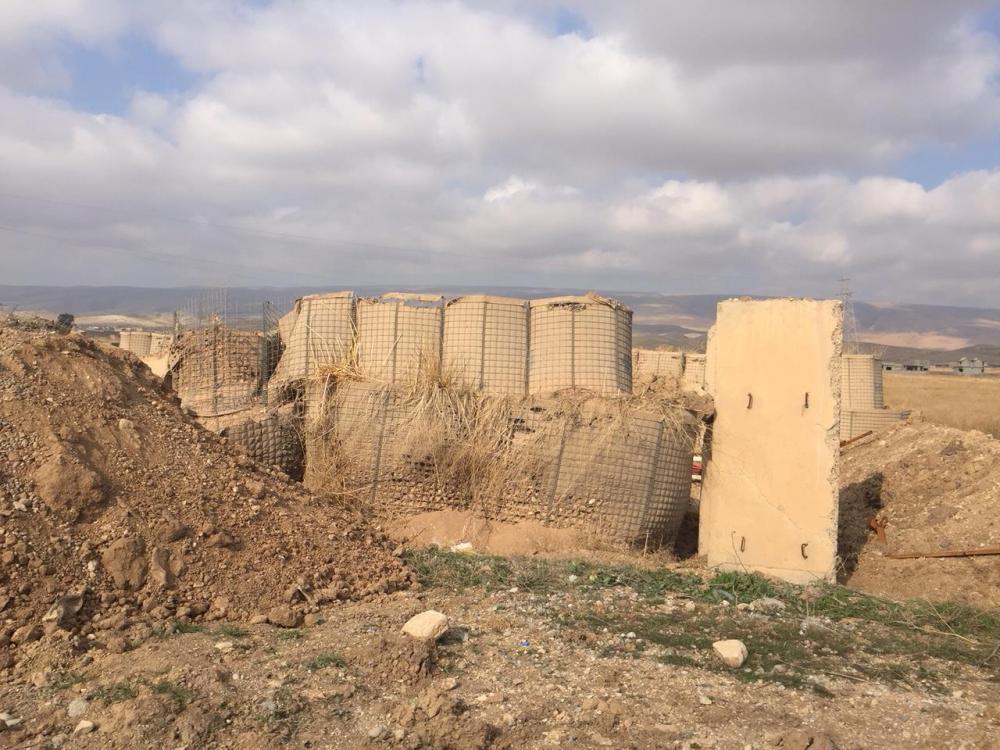 Sinjar is a strategic area because it dominates the Syrian border. Currently there is a border crossing to Syria running near Khanasour. The strategic route 47 also runs south of the mountain toward Syria. Coalition and ISF forces have used that road and it is important for stabilization and security.

According to a second source on June. “got a phone call from Shingal telling me that American troops are in Shingal and will place themselves in three places.”

Kurdistan 24 was the first to publish reports of the story. According to their first report “15 military vehicles of US troops arrived on top of Mount Shingal and stationed themselves near Mira peak on the mountain,” Jalal Khalo, deputy mayor in Shingal, told Kurdistan 24. Supposedly they were there to build a new base. In the past reports have claimed that Saddam Hussein threatened the region from the mountain. And there were allegations that Iran would use the area as a strategic base, part of its “road to the sea.”

Iraqinews also was one of the first to publish a report noting “Hamad al-Names, commander of Nineveh police, told BasNews website that Iraqi army forces have entered three villages to secure the borderline extending from Sinjar desert to Baaj desert, west of Mosul.”

In Sinjar the deputy mayor Jalal Khalo, “confirms 15 military vehicles of US Army arrived on Mount Sinjar yesterday to establish a military base there,” according to a report. Kurdistan24’s second report added some more details. Shingal Mayor Mhama Khalil said “it is not the first time that the US forces were deployed to the area of Shingal. They were there from 2003 until 2010.” He provided more comments, noting that the presence was to “prevent IS fighters from crossing the border between Iraq and Syria,” and also to “prevent Hashd al-Shaabi militias from controlling the mountain or blocking the area so it becomes an Iranian corridor to Syria, which could eventually lead to a regional war.” He thought it might bring stability.

What do we know?

Initially I thought the stories were rumors when I heard them. But multiple sources now have pointed to the presence. The question is whether these reports misinterpreted a column of MRAPs (which is what was showed on photos) for a new deployment or a “base.” A column of MRAPs do not make a base.

The stories of “three bases” seems even more far fetched. Also sources on the mountain didn’t seem to indicate they had seen the vehicles, meaning they had remained in low lying areas. That could mean securing the road through Sinjar city, or north of the mountain. It could also be one patrol or it could be a group of vehicles headed for Syria anti-ISIS operations. The SDF with the coalition has been fighting ISIS in the desert area near Iraq and Euphrates river valley.

The stories that the deployment is to “counter Iran” seems far fetched, since the US mission in Iraq doesn’t include that as part of its underpinning, and it would be surprising to see the US actually move in that direction without a clear directive. That being said the US has been more vocal in confronting Shi’ite militias. in Iraq.

The final answer is we don’t know exactly what is happening in Sinjar. I will continue to follow developments and report what I learn.

“Coalition forces, in close coordination with our Iraqi partners, are repositioning assets to support phase two of Operation Roundup, which will continue operations to accelerate the defeat of Daesh remnants in the Middle Euphrates River Valley and the Iraq-Syria border region. We have been open about Operation Roundup since its initiation May 1. There is no such thing as a permanent US or Coalition base in Iraq or Syria. All military bases in Iraq are under the Government of Iraq’s control and are run by Iraqi Security Forces. Positions outside operational bases are temporary in nature, and are occupied for specific purposes that fall within our mission to defeat Daesh. CJTF-OIR will continue to work by, with and through our Iraqi Security Forces and Syrian Democratic Forces partners to defeat Daesh in designated parts of Iraq and Syria, and to set conditions for follow-on operations to increase regional stability.”