Forty percent of Americans don’t know what Auschwitz was and two-thirds of younger Americans do not know about the genocidal Nazi concentration camp, a survey released in April found. In the recent debate about immigration in the US, particularly the policy of separating asylum-seeking parents from children, many Americans have been led to believe they are witnessing a new Holocaust.

The cliche connecting the Holocaust the the US immigration debate has popped up in memes on social media and in discussions online. Former CIA and NSA director General Michael Hayden compared the separation of children to the separation of children under the Nazis with an iconic photo of Auschwitz. He later clarified, “If I overachieved by comparing it to Birkenau, I apologize to anyone who may have felt offended,” Hayden said. 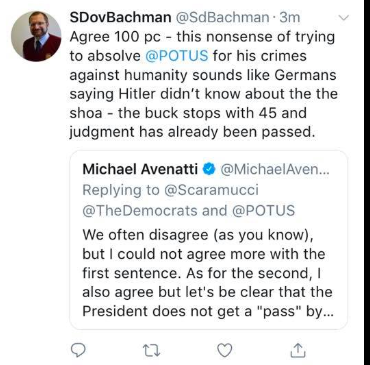 But that hasn’t stopped many others from drawing the same comparison, almost like it was a talking point that had been put out.

It is clear that the Holocaust resonates today primarily as a tool to be used in arguments. Everything is compared to the Nazis and the Holocaust. Rarely is the actual Holocaust discussed. No one is interested in the suffering of those during the Shoah. They want to use for shock value or because they truly believe that this is the new 1930s. They don’t educate themselves about the details of the Nazi genocide. 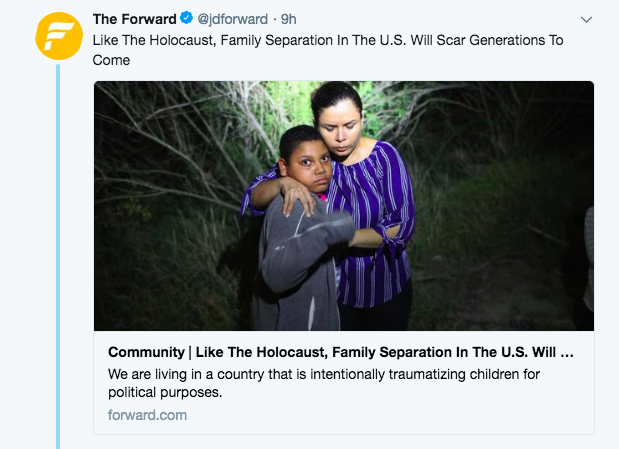 One post on social media showed a kid wearing a shirt with a number and claimed that he had been “assigned a number, like the Holocaust.” But the number was part of the design of his shirt, he hadn’t received a numbered tattoo like people did during the Holocaust. 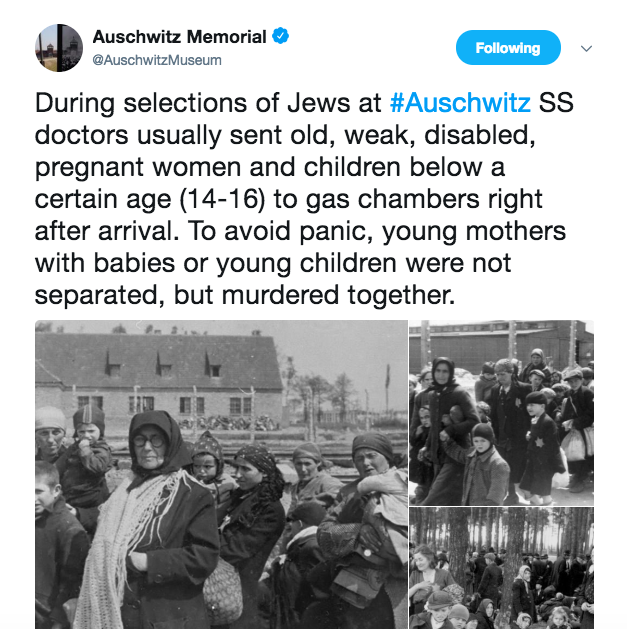 The Auschwitz Memorial even tweeted a kind of response, pointing out that during the actual Holocaust mothers and children were often murdered together, not separated and then deported.

But the details are not what is important. The use of the Holocaust as a talking point is a way to trivialize, generalize, universalize and mainstream it. The reason is because learning about the horrors of the Holocaust is difficult to deal with. It’s also difficult to relate to among people who have privilege and have never seen anything remotely like the Holocaust. I was in Iraq in December 2015 when many of the mass graves of Yazidi victims of ISIS genocide were uncovered. I saw the bones and human hair, the shirts men war before being shot in the back of the head, the blindfolds they wore. I felt like I was seeing what people must have found at the concentration camps, but on a very small scale. It was shocking and I have not fully come to grips with it today. I would not easily compare anything to what I saw, and what I saw was the graves of hundreds, not millions. What I saw was thousands of refugees and IDPs not the deaths of 6 million.

So we can never truly understand the Holocaust. Because of that many in society find catharsis by comparing everything to it in order to excuse their own ignorance and unwillingness to deeply think about the genocide and confront it face to face. In school when we learned about Auschwitz and I read Maus and Night, the Holocaust also seemed a cliche. There was too much information. It wasn’t until later when I read a book about a doctor at Auschwitz. Trying to understand what happened has haunted me since. It’s important to have respect for the Holocaust and for those who perished. For that reason the abhorrent way the Holocaust is always used in political discussions is grotesque. There are many worthy things to say about the US policy on immigrants, it is inhumane, it is immoral, it is wrong, it is abominable, it is soulless, the English language does not lack for descriptive terms to articulate outrage and feelings for the immigrants.