“The feeling we are not equal was always a bit present in the street. It’s sad, because we’ve always believed that someday we would be equal, but now when it’s enshrined into law this looks farther than ever,” Brig. Gen. (Res.) Imad Fares told Ynet on Wednesday. He was one of 100 Druze reserve officers who protested Israel’s Nation-State law.

“Going to the army is our duty as the citizens of this country. However, I expect the county to treat me as I treat it,” Fares said. The Druze community has petitioned Israel’s High Court against the law. In addition Druze members of the Knesset have joined the petition. This includes MKs Akram Hasson (Kulanu), Hamad Amar (Yisrael Beytenu), Saleh Saad (Zionist Union). Many Druze spoke about decades of service in the IDF and the fact they have been fighting alongside Jews since before the state was created. The law is seen as a betrayal.

Now those who passed the law are having a re-think. “It has become clear that the manner in which the Nation-State Law was enacted was very damaging especially to them and to anyone who has tied his fate to the Jewish state,” Education Minister Naftali Bennett said, according to an article at The Jerusalem Post. “This, of course, was not the intention of the Israeli government. These are our brothers who stand shoulder to shoulder with us on the battlefield and made a covenant with us – a covenant of life. We, the Government of Israel, have a responsibility to find a way to heal the rift.”

Questions are being asked on Israeli media about the law, from sectors that initially embraced it. Just a week after it was passed, it may need to be revised. How did the lawmakers not notice this, how did they forget those they call their brothers?

Tempest in a teapot or unnecessary, extremist, law?

Despite widespread criticism in the region, even from countries that are usually less critical of Israel, Israel’s Prime Minister has praised the law. “a pivotal moment in the annals of Zionism and the State of Israel,” he said on July 19. The text of the Nation-State law make it seem innocuous. Controversial parts of it, such as a section that would have enshrined discrimination in who may move to certain communities were removed before it passed 62-55. Many parts of the law seemed obvious to anyone who has been to Israel. It says Israel is the homeland of the Jewish people, and that the flag is blue and white with a Star of David. Ostensibly it downgraded the status of Arabic to “special” as opposed to official, but most people know that Arabic has never been treated as an official language.

For critics the law enshrines issues that they preferred left up to future generations to be more flexible on. The concept was that although Israel has a right wing government today, one day it will be run by progressive leftists who might reduce some of the discriminatory elements. With this law, that won’t happen. Another criticism is that somehow the law encourages racism, discrimination and “apartheid.” Some of this criticism was well known and comes from voices who long ago called Israel a racist state. Many of these voices think nation states are an anachronism. 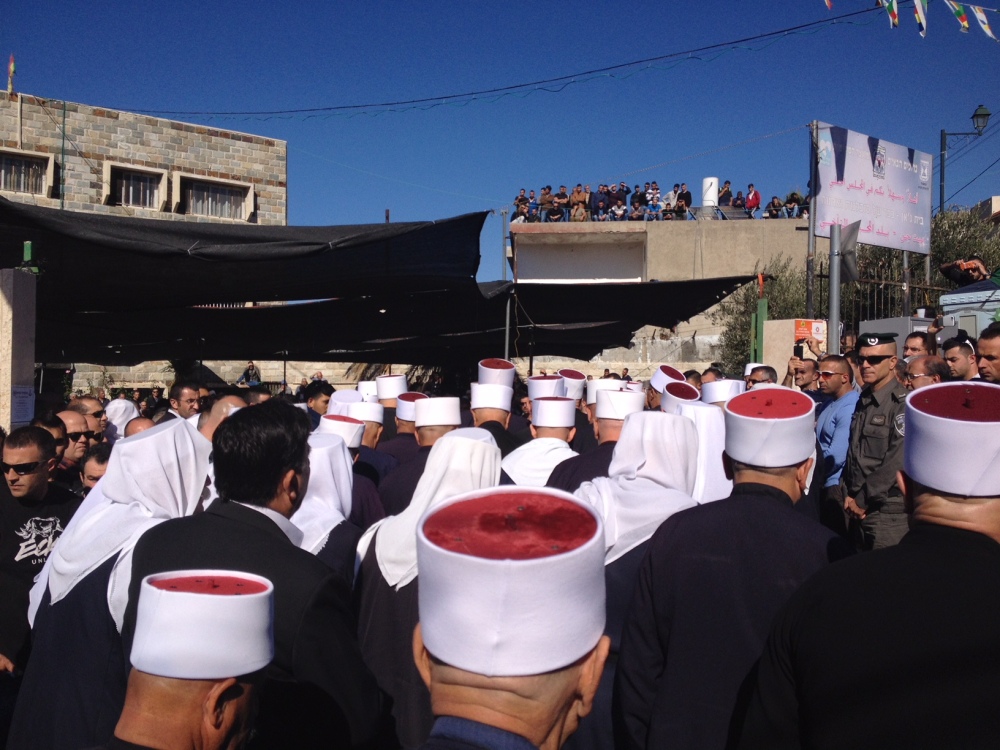 Hubris and arrogance in passing the law

But the Druze issue with the nation-state bill is different. It doesn’t come from a left wing criticism of the nature of a nation state, it comes from a nationalist point of view, arguing that having given years of service to the country that the law should not further distance Druze from the state. Petitioners compared the law to “putting us outside the fence” and “burying us outside the graveyard.”

What is particularly odd is that the right wing voices who embraced the bill now suddenly have noticed minorities in the state who oppose it. Oddly the same voices have tended to use individual members of the Arab minority and groups like Christians or Druze as an example for hasbara, or pro-Israel talking points. The idea is to boast that Israel is one of the few states in the region that embraces diversity and tolerance.

For years some of the Arab parties in Israel have sought to make inroads into the Druze community to encourage more criticism of the state from a minority group that has tended to be centrist politically and supportive of state policies. Anti-Zionist parties such as Balad tended to fail to make major inroads, partly because other parties had numerous Druze members and sought to do outreach to voters. There were six Druze MKs in the 18th Knesset. The six included Hamad Amar of Yisrael Beitnu, Akram Hasoon of Kadima and then Kulanu, Ayoob Kara of Likud, Shachiv Shnaan of Labor and Majali Wahabi who served variously for Likud, Kadima and HaTanua.

For a small population of around 150,000 the Druze have been well represented in the Knesset and across the political spectrum from the center-right to the center-left, with some even taking far-right positions. Yet for all this, the center, right and religious right that supported the nation-state bill didn’t listen to their Druze constituents. They didn’t listen to experts and commentators such as former Minister of Defense Moshe Arens who would have warned them (he wrote against the law in 2014, calling it ‘useless and harmful’). This points to incredible arrogance and hubris. It shows that when it comes to nationalism and all the talk about the nation state and the importance of army service and such values that the reality is that even taking the time to listen to constituents who played a key role in these “national” values, was too much for the politicians who ran to pass the law without thinking about its harm to their own voters.

This leads to the question of whether these parties have included Druze as a token, and paid lipservice at funerals and other events when Druze are heralded as “brothers” again and again. On the ground there is a general feeling of brotherly warmth. Some of this has come from shared experiences in combat. When I went to a funeral in the Druze village of Beit Jann, a large village which has one of the highest per capita casualty rates in Israel’s wars, I felt that way talking to locals. But they also complained about discrimination in land allocation. Why, they wondered, if they give so much do they not receive back. It was a good question. Are they taken for granted? Sometimes its clear they are not, for instance when Druze expressed concerns about attacks on their coreligionists in Syria at al-Khadr Israel intimated it would intervene to protect the village. The passage of the nation-state law seems to indicate that, yes, they are.

This may not stem from an intention to harm Druze citizens of Israel. But it does stem from taking them for granted and from arrogance and hubris and not wanting to listen to people’s concerns. The nation-state law was in the works for a decade, perhaps more. It stems from fears that future governments or courts might seek to undermine aspects of Israel’s nation-state identity and symbols. This is largely unfounded since the state is becoming more nationalist and more religion, not less so. Laws enshrining national values anyway don’t work, you can’t have a law telling people the state is a “homeland”, if people feel it is a homeland, it is a homeland. Does Ireland need a law saying that it is the Irish homeland? But Israel’s law is not the only of its kind. It has commonalities with the Turkish constitution and others and praise for national identity.

But how to balance that national identity with minorities, especially minorities who want to join with and be part of the national story? This is always an issue that states face when they balance these identities, when they are not for instance just a secular melting pot like the United States was founded upon. Inevitably the more the state emphasizes religious-nationalism, the more it pushes others away. Of course the state can seek to bridge certain gaps by emphasizing “Israeliness” over “Jewishness” as the heart of the state, even if one appears a synonym for the other often.

Clearly the nation-state law has had a side affect and it is interesting to see the formerly arrogant and hubris-filled politicians who didn’t listen to any problems, now recognize that they may have unintentionally alienated a group that was a loyal part of their voting block. It’s not the first time that politicians in a democracy took for granted groups in society, assumed that well “they will always vote for us, where else will they go” only to be surprised later. But now it will be interesting to see if Israel’s lawmakers take the unusual step of revising a law they just passed, one passed over many objections and controversies, and take stock of the fact that when the state talks about how it protects minorities, that it should actually do the things it says. All the speeches at events with the Druze will now need to be seen in that light. Are these genuine comments, or just talk, and if they are just talk, will the right in Israel begin to lose Druze support?