“Setting fire to the ground,” a “major catastrophe,” bringing “new instability” are the headlines that have greeted Donald Trump’s unorthodox decisions over the past year. Withdrawing from UNESCO, moving the US Embassy, leaving the Iran deal and cutting funding to UNRWA and funding for Pakistan were seen as extreme decisions in the Middle East and around the world. Insofar as there is a “Trump Doctrine,” it has been to call this bluff.

In the mind-set of Trump and his team, the time has come for the United States to move quickly to reverse decades of foreign policy norms, ending the status quo, and ripping up what the previous administrations did.

This is unprecedented. It could be foolhardy, say the many critics of the administration. But so far none of the threatened “chaos” and “instability” has been unleashed. Previous administrations that played it safe and sought to make minor adjustments or shift the needle a few degrees here and there found instability was unleashed regardless of what they did.

On a vast number of foreign policy files that sat awaiting Trump’s team in January 2017, the administration has sought major changes. Most of these major changes have come since December 2017, when the embassy move was announced. That is at least in part because Rex Tillerson was the secretary of state and H.R. McMaster was the national security adviser. Once they got the boot in the spring of 2018, Mike Pompeo took the helm and John Bolton came on as national security adviser.

Is the US now embarked on a radical break with the past and a rapid change in foreign policy?

Is the US now embarked on a radical break with the past and a rapid change in foreign policy? The American school of foreign policy is not inherently incremental and conservative. What is characterized by Trump supporters as a kind of “deep state” of foreign policy experts and the rotating door of the Washington security establishment was not always stagnant. US policy in the republic’s early years alternated widely between lovers of England and lovers of revolutionary France. America sought to challenge European imperialism in the Western hemisphere and moved relatively rapidly into empire building of its own at the end of the 19th century. It famously retreated into isolationism only to emerge in 1945 in the role of anti-Soviet Cold Warrior.

And even in the Cold War the US reversed itself radically from time to time, with Nixon’s trip to China and Reagan’s decision to ramp up the Cold War in the 1980s. George H.W. Bush promised a “new world order” in 1991. He called it the “big idea” in which “diverse nations are drawn together in common course to achieve the universal aspirations of mankind – peace, security, freedom and the rule of law.” He was as much a revolutionary in foreign policy as Trump, where Trump plays the role of the anti-Bush Senior. Trump has likely never studied Carl von Clausewitz, the historic Prussian general whose thinking The Washington Post’s Joel Achenbach once said “haunted the Pentagon, the White House and Capitol Hill.” Neither does Trump seem to have much time for Henry Kissinger’s “world order,” whose views seem to have underpinned 50 years of US policy in one form or another.

Trump in the Middle East

THIS LEAVES us, particularly in the Middle East, wondering if the Trump Doctrine is just anti-doctrine, davka for davka’s sake. It appears to be more than that. The team of Bolton, Pompeo and Brian Hook, who handle Iran, and the team of Jared Kushner, Jason Greenblatt and David Friedman, who pioneer Israel-Palestinian policy, have a goal. The goal is to reverse decades of what they see as appeasement.

On Iran the appeasement has taken the form of constantly being enslaved to a paradigm that says the following: Iran is a rational actor (it’s not run by crazy far-right ayatollahs). The Tehran regime dislikes America because of a 1953 coup. We must cultivate moderates and not empower hard-liners. If you don’t give the regime things, then it will empower hard-liners. So give it things and keep it quiet. In this Catch-22 cycle, the more the regime terrorizes the region, the more you have to be nice to it so it won’t be worse.

On the Palestinian file the concept is the following: Palestinians and Israelis need to be brought to the peace table. Until Israel comes to the table, the US must fund the Palestinians’ institutions and make them believe they will get Jerusalem as their capital. America has a responsibility to them because the US supported Israel’s creation and is therefore partly responsible for the chaos that unfolded in the 1948 war when 800,000 Palestinians became refugees. If Palestinians don’t see hope for the future, they will destabilize the region and Israel as well, thus hurting America’s ally. It is in Israel’s best interest to aid the Palestinians and enable their hope.

What Trump’s team either instinctively understands, or plodded into, is that there is a third side to the deal. The third side is Europe.

The Trump Doctrine says this model is nonsense. Step away from the deal, and the other side will come back with a new offer. What Trump’s team either instinctively understands, or plodded into, is that there is a third side to the deal. The third side is Europe. When Trump walked away from the Iran deal, the Iranians wanted to play the bogeyman card and say “Well, now we have a right to nuclear weapons.” But they hesitated because this would force Europe’s hand, and Europe doesn’t want Iran going totally crazy in the region. The bogeyman threat works only when you do it to everyone. But Iran can’t play bogeyman with America and moderate with Europe at the same time. So it’s confused, for the first time in four decades of bogeymanning the region.

Similarly the Palestinian leadership in Ramallah must keep playing the moderate card. The Ramallah leadership is graying and worried about its own future. It can’t unleash the instability that doomsayers predict because instability will result in its overthrow. No Palestinian Spring, Ramallah says. So Ramallah has to get Europe to pick up the tab that Trump walked away from. On cue, Sweden, Germany and other countries are coming to the table.

For many years after Bush Sr. brought his new world order, the European powers accepted US leadership and preferred to let the US make mistakes and then critique the US, but not to take the baton and run with it themselves.

THE TRUMP administration has forced Europe to do what the EU largely failed to do for 30 years, which is to take a seat at the table. For many years after Bush Sr. brought his new world order, the European powers accepted US leadership and preferred to let the US make mistakes and then critique the US, but not to take the baton and run with it themselves. It is hard to find one major case where the EU led the way on a foreign policy decision since 1990. That is partly Washington’s fault for wanting to muscle in. Europe plays the wise skeptic to Washington’s flailing, from George W. Bush’s “war on terror” to Obama’s promise to “secure the peace” in Berlin in 2008. Europe was rightly skeptical of neoconservatism, WMD and preemption. But it generally went along and got dragged into wars in Iraq and Afghanistan, and then joined the Global Coalition against Daesh.

The Trump Doctrine is the end of the new world order

Since the 1990s the brief period of American global hegemony has withered. Former US ambassador to Moscow Michael McFaul met a mild-mannered man in 1991. “If you had asked me to list 5,000 Russians that might be the next president of Russia, he would not have made this list.” That man was Vladimir Putin. Putin was thinking about a mutlipolar world in the 1990s. I was studying in Russia when he was about to be appointed prime minister by Boris Yeltsin. We thought Russia was Dickensian and cool. But he knew the country could do better and command respect on the global stage. Now he holds court with Turkey and Iran’s president. 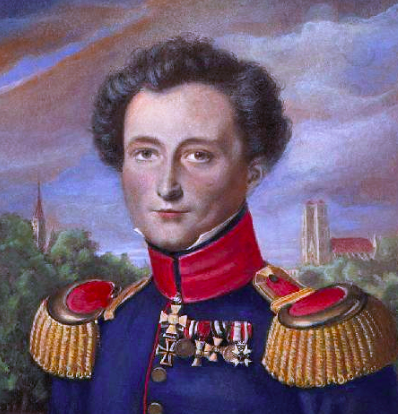 For all the anti-Russian rhetoric in the US now, none of those who complain about Putin today did much to stop Russia marching into the Caucuses and into Ukraine, or Syria. Clausewitzians failed. Clausewitz himself probably would have sensed the Russian rising power. The new world order failed. It didn’t restrain Russia or China or Iran or Turkey.

Trump’s policy has made Turkey and Iran think twice. Turkey didn’t expect US sanctions over a jailed pastor. It expected a quiet deal. Iran expected the US to leave Syria and hand over Iraq.

The Trump Doctrine is the end of the new world order. It is its graveyard. It is America’s decision to accept a multipolar world. It has to accept that Turkey, Iran and Russia have run into each other’s arms. It accepts Chinese sovereignty over the islands China built on under Bush and Obama. Trump has birthed a new European policy. The Trump Doctrine tore up decades of foreign policy. What will replace it, relatively quickly, is a new multipolar world.

In the Middle East that may not be a bad thing. For years US hegemony didn’t provide security in the region, because the US was balancing too many interests to confront the multiplicity of threats. A more narrow American policy, tailored to deal with certain types of threats, such as Iran and Islamist extremism, can bolster US allies, rather than balancing all the allies against each other.