Taking Truman to the woodshed

On August 16, 1945 – just two weeks after the end of the Potsdam conference in Germany, which helped set the postwar world order in motion – US president Harry Truman was presented with a vexing question: “What is the American position on Palestine?” He turned to the reporter and stated, “I have no desire to send 500,000 American soldiers there to make peace.” It is remarkable that the fate of British Mandate Palestine, which had been promised as a Jewish homeland in 1917, managed to become an American issue so soon after the end of World War II. Seventy years later, Israel and the conflicts emanating from the 1940s are still central to US policy.

In Genesis, John Judis, a senior editor at The New Republic, attempts to wrestle with how Truman and the US became entangled in a conflict far away in the Middle East and why it still haunts American policy. Judis sets out to provide a story of Truman’s dilatory conduct as a mirror for understanding the present US connection to Israel and the role of pro-Israel voices in America. He presents a picture of a US president “beaten back in each instance by a powerful American Zionist movement” and asks, “Should American Zionists have been expected to fight tooth and nail for their Jewish brethren overseas?” In order to create a binary representation of a “Jeffersonian Truman” and a pernicious Israel lobby that seeks to control US foreign policy, he turns Truman into a saint: “[He] was a genuine liberal who had moral qualms about Zionism. He was also the last president to express them.”

However, this is inaccurate; other US presidents have critiqued Israel and expressed anger at its actions. Setting out to write a book about how the Truman precedent created a “pattern of surrender to Israel” at least means the author wears his colors on his sleeve. But it also makes the reader wonder how much of this narrative has been massaged so that one will draw the lessons the author wants from the text.

In fact, Judis describes his agenda clearly: “As a Jew, I do worry more about American policy toward Israel… I am also more upset and offended by Israel’s occupation of the West Bank than I am about China’s occupation of Tibet.” A book about how the US came to recognize Israel in 1948, how it played a key role in encouraging countries to vote for partition at the UN, and how it became embroiled in Mandatory Palestine as the British weakened and lost their grip on events in the late 1940s, would be interesting.

Unfortunately this is not the book to shed light on new or original insights on this topic.

Judis begins by troweling a well-worn narrative of the history of Zionism. He repeats old canards long since disabused by historians, claiming that Ottoman Palestine was “a sleepy little-noticed backwater that was part of the decaying Ottoman Empire.” Like most commentators on the Left, he supports the Zionist Ahad Ha’am and claims he “tried to come to terms with the Arab presence in Palestine.” The author then shows that because the Zionists didn’t “come to terms,” the Arabs had to “react.” This creates the pattern that whenever Arabs do anything, it is always in response; it is never based on intolerance. The Nabi Musa riots are presented as a spontaneous affair, rather than the carefully orchestrated 60,000-man religious-procession- turned-murderous-assault (five Jews were killed) that they were.

The author also accepts mufti Hajj Amin al-Husseini’s narrative that “the Western Wall is Judaism’s holiest site. But it is also a Muslim holy site where Mohammed is said to have parked his steed, Buraq.” In addition, the book claims there was “Zionist exclusion of Arab labor,” without asking whether there was also Arab nationalist exclusion of Jewish labor.

At times, it seems as if parts of the book were cobbled together based on Wikipedia or period sources. The description of the attacks on Jews in 1929, during which 133 Jews were massacred, seems to borrow from the language of the times, using the term “beadle” for the Orthodox Jewish attendant at the Western Wall. In another section, two thirds of the way through the book, the author uses the term “yishuv” to refer to the Jewish community, seemingly out of nowhere. And while in chapter 11, he claims that San Francisco lawyer Bartley C. Crum “was known… for his defense of Negroes [sic] and Communists,” Judis refers to Ralph Bunche, the UN special assistant to UNSCOP, as an “African American.” All of this gives the impression that the author had a weak command of his sources.

The main message of the book is that Arabs were the victims. Judis claims the partition plan was “unfair,” as if the two sides were playing in a sandbox. When State Department functionaries like Charles Knox display open bias, saying, “I feel sorry for the Arabs. I am anxious to help them,” the author claims that it is “wildly unfair” to say they are pro-Arab. When the Arab states invaded Israel in 1948, Judis claims, “the Arabs predictably played into the Israelis’ hands.” He points to an “informal Zionist network” that put “unrelenting and obnoxious political pressure” on the White House to support Israel. Anti-Semitism is excused, such as when Truman complained of the pressure of “New York Jews” critiquing his plans. The mufti, who worked with Hitler, is presented as a positive figure whom Zionists “linked… to Hitler and the Nazis,” as if such a link did not exist. 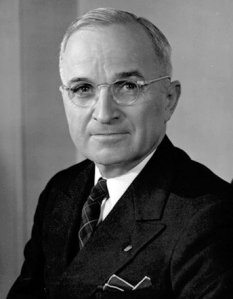 The conclusion smacks of self-righteous judgment: “Palestine’s Arabs had still gotten screwed, and screwed by people who over the centuries had suffered even worse indignities, yet who had always claimed to stand for better.” And this is the essence of Judis’s book: He holds Jews to a special standard that he sets out for himself, “as a Jew,” judging Israel with a harsh lens because of his own interpretation of the theory that “the role of Jews was not to favor Jews at the expense of other people, but to bring the light of ethical prophecy to bear upon the welfare of all peoples.”

Genesis is, in a sense, the author’s own atonement and part of his mission not to favor Jews in Israel at the “expense” of others. Why readers should have to wade through 350 pages because of a personal inner struggle isn’t clear.