Israel’s left is celebrating as a street named for philosopher Yeshayahu Leibowitz has been unveiled in Jerusalem.  Haaretz is waxing poetic.  They note “Leibowitz was a fierce critic of Israel’s policies in the territories. Leftist leaders in Jerusalem, where he resided most of his life, have pushed for a street be named after him since his death. However, right-wing and Haredi opposition foiled their attempts time and again.”  It was a 20 year battle, as many opposed the new access road near Hebrew University’s Givat Ram campus being named for him.  But the left sees it as a victory over the landscape and Israel’s soul. Yosef ‘Pepe’ Alalu, the Meretz city councilman said  “The honor is not Leibowitz’s but Jerusalem’s…He was among the greatest intellectuals of our generation, who did not hide his thoughts. It is a pity we needed to wait 20 years for this moment.” 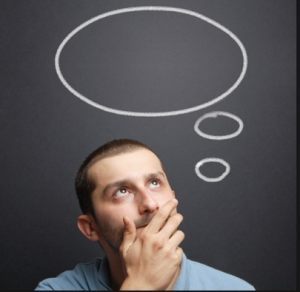 The real shame of naming a street for Leibowitz has nothing to do with politics, despite the fact that this is how it has broken down, the real shame is that it rewards yet another intellectually lazy Israeli for being nothing more than a banal libelous hateful critic.  Consider how the debate about the street naming has broken down.  The right opposes, the left likes it.  Lost in the debate is why.  Those who object to Leibowitz do so on one issue: He invented the term “Judeo-Nazi” and was most famous for this rhetorical device.  The left celebrates him because they claim he was a champion of the separation of religion and state.  Many others on the left support him because he objected to the conquests of 1967.

The problem with Israel has always been this strange divide.  Those ostensibly on the “left” are able to get away with being intellectually lazy because their fellow travelers don’t demand originality from them or fault them for demeaning, banal and racist outrages.  Yair Lapid, the Finance Minister, has described this as a “betrayal of the intellectuals.  “They were the ones who helped us differentiate between good and evil, between right and wrong, between justice and injustice.”

But the main problem is an Israeli one; it is about the milieu of what is called “intellectual discussion” in Israel and what passes for intellectualism in newspapers of the left like Haaretz.  Thus, during the recent Gaza war, the first and only thing that Professor Zeev Sternhell could say to the paper was “The indicators [of fascism] you asked about definitely exist here.”  He claimed that he could tell the difference between Fascism and Nazism: “I also distinguish between fascism and Nazism, because fascism does not necessarily carry a race doctrine. Let me put it in no uncertain terms: Fascism is a war against enlightenment and against universal values; Nazism was a war against the human race. [In Israel this trend] cries out to heaven. Israel is an extraordinary laboratory in which one sees the gradual erosion of enlightenment values, namely the universal values I mentioned.”

Note the slight of hand here.  What Sternhell is saying is a logical critique of conformism and he remarks in the article about certain laws that are anti-enlightenment.  But his main contribution is to always shout “fascism, fascism.”  If he didn’t want the headline to read “signs of fascism here” he would demand a correction.  Sternhell and Leibowitz were both born in Europe, the former in Poland, the latter in Latvia.  Their frame of reference for everything was always 1933.  70 years of banality basically is their contribution.  Sternhell went even further and wrote an oped in 2001 explaining to the Palestinians how best to focus their terror campaign; “Many in Israel, perhaps even the majority of the voters, do not doubt the legitimacy of the armed resistance in the territories themselves. The Palestinians would be wise to concentrate their struggle against the settlements.” He describes it as “resistance”, but the resistance consisted of killing around 1,000 Israeli civilians.  Which is the real “fascism”?

The irony is that in phrasing everything inside the box of banal terms they are similar to the demagogues like Turkey’s Prime Minister Reccep Tayyip Erdogan who claimed Israel’s recent war was “Hitler-like Fascism.”  So why not name a street after Erdogan in Israel?

One of Israel’s central problems is that it has no tradition of intellectual public critique that does not degrade itself into hate speech and dog-eared analysis about “fascism”, “Apartheid” or “Nazism.”  Anshel Pfeffer, wanting to describe right wing Jews, called them “Jewish Jihadis” of course, because of the view that it won’t resonate if he makes an intellectually nuanced argument, instead of just relying on the latest catch-phrase.  Although Israel’s left couldn’t bring itself to write an oped about “pogroms” in Europe, even as Jewish shops were ransacked, it has had no problem often calling the actions of Jewish Israelis against Arabs or African immigrants as a “pogrom.”

Screenshot of the Levy column, still online, still standing behind “crime in their blood” libel

There is a huge amount of intellectual laziness often couched in terms of racism and hatred directed at Israelis and Jews that borders on forms of anti-semitism.  When Gideon Levy wrote that Russians have “crime in their blood” there was no objection from the Israeli left.  It was depicted as “free speech.” But why does a major newspaper run a Column claiming a group has “crime in their blood” and hide behind “free speech?”  Yes, racism is free speech, but that doesn’t mean it has to be in major newspaper.  The New York Times could let a columnist write that “African-Americans have crime in their blood”, but it never would.  Because in many countries there is an understanding the politics does not always trump racism and intellectual laziness.  Just because one opposes the entanglement of religion and state or opposes the occupation doesn’t make them enlightened or mean every view they have should be celebrated.  Americans have long understood this in coming to grips with how Woodrow Wilson or Thomas Jefferson were walking contradictions, both supposedly “enlightened”, but one who had tremendously racist views and the other owned slaves.  No one today says Wilson is a hero for his racist views; no one writes about Jefferson without mentioning slavery.

What we see in Israel is a combination of intellectual laziness and an unwillingness on the left to ever reject someone who claims to be a “leftist,” no matter what they write.  So “Judeo-Nazi” is never a problem. And it should be a problem.  The left in Israel must demand intellectual strength.  It must work for a better type of intellectualism.  The right can’t work for that because its critique is automatically rejected as “suppressing free speech” or “political suppression.”  Until the “left” stands up against racism and against shouting “nazi” and “fascism” at everything, and living in a 1930s worldview, it will not be a “left” and those like Sternhell, Leibowitz, Levy should not be rewarded.  For too long they received meretricious treatment for ostensible “left” wing views.  But they must be challenged at every turn.

Racism in the guise of leftist intellectualism: Haaretz called an Ethiopian security guard “stained with evil” due to his black skin

Israel must learn that just because someone can write that a security guard has “black color [which] looked shabby, tattered and stained with evil” doesn’t make them an intellectual who might one day have a street named after them.  They are not on the “left”; the left and enlightenment values is anti-racist.  Israel’s “left” and its supposed intellectuals are actually members of a tradition offshoot of the radical right, living in a racist worldview; and they are being rewarded.  There may be intellectuals who have ideas, but they must learn that maligning people for the color of their skin is no longer considered acceptable.

Those abroad who are sucked in by the Israeli “leftist” charade of hiding racism and intellectual banality behind being a self-described “left” should not accept standards in Israel they would not accept in their own country.  In this sense the Guardian’s praise of Haaretz was misplaced if it thought it was doing it for being “left.”  If it thought it was praising it for being racist then that would make sense given the Guardian’s long anti-Israel tradition and its own anti-semitic tropes it has peddled from time to time.

We must reject Leibowitz and if not totally reject than at least acknowledge that “Judeo-Nazi” was not a “novel” invention, it was an easy, weak, intellectually dishonest and pathetic hateful expression.  We must reject the racism implicit in those who hide behind “freedom of speech.”  Yes, the KKK in the US has “freedom of speech”, but that doesn’t mean that they should have a column at a major newspaper and it doesn’t mean when you mention the things they say that everyone would say “I defend their rights.”  No one needs to defend the “right” of someone to say “Russians have crime in their blood” or that Ethiopian Jews are “stained with evil”…rather the left must confront these voices…and also confront the peddlers of “fascism” and “Judeo-Nazi” explanations for everything.

Only intellectual robustness will improve Israel.