I went to Europe in August to learn about the refugee problem.  Now we are seeing increasing hostility to refugees in Europe and America.  The public is inflamed by hyped stories of ISIS “infiltrating” with the refugees.

I met this man named Sha’adi with his young son and wife at the crossing in Macedonia.  His leg was injured.  He’d been standing in the rain for four hours waiting to cross.  His idea was to go to Finland eventually.  But limping made it difficult in these conditions. His spirits were high though, he’d made it to Europe after 2 years in Turkish refugee camps.  He was from Aleppo.

This couple and their son was also in Macedonia having crossed the border  Najmeh Hoseini was from Hasakeh in Syria.   He’d been some kind of artist back home but war had come to his city between ISIS and the YPG and he had fled to Turkey.

In Serbia I gave a ride to these women in an Albanian border town. They were all Afghans and spoke no English.  All I could tell them was I would take them to the nearby mosque where their husbands had said they would meet them.  How all these people packed into my rental car is still unclear. What became of them, I have no idea.

This little girl waited on a Serbian bus to take her north towards Croatia.  I never spoke to her, but she seemed happy to be out of the cold dreary rain.

This man and his happy family were on the Greek side of the Macedonian border. All from Aleppo they planned to go to Germany. 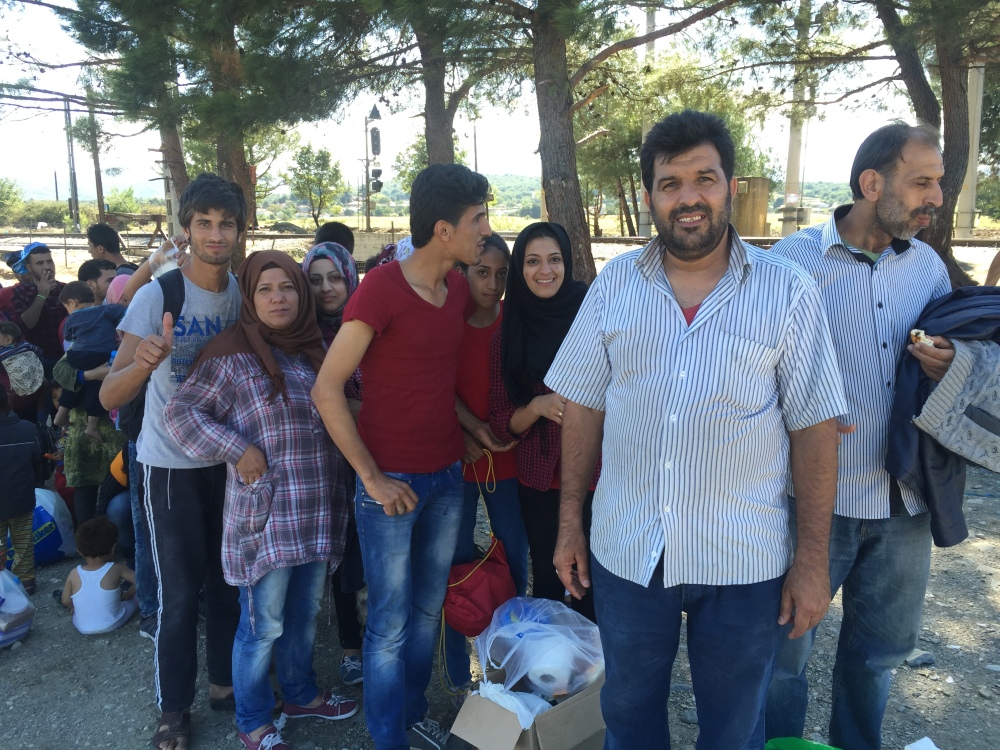 His son, who called himself Messi, apparently after the footballer, spoke some English.  For him it was an adventure this trip.  But these people had seen much privation, now they were happier and motivated.

On the train tracks at the Hungarian border thousands were crossing a day before Hungary shut the border.  These were some of the last families across. Many of them had bought camping equipment in Greece.  They’d never done some of this kind of hiking before.  But within sight of the EU border, having crossed Serbia, they felt there would be NGOs and people to assist them in re-settlement.  Germany, they said, Germany would be a good home. 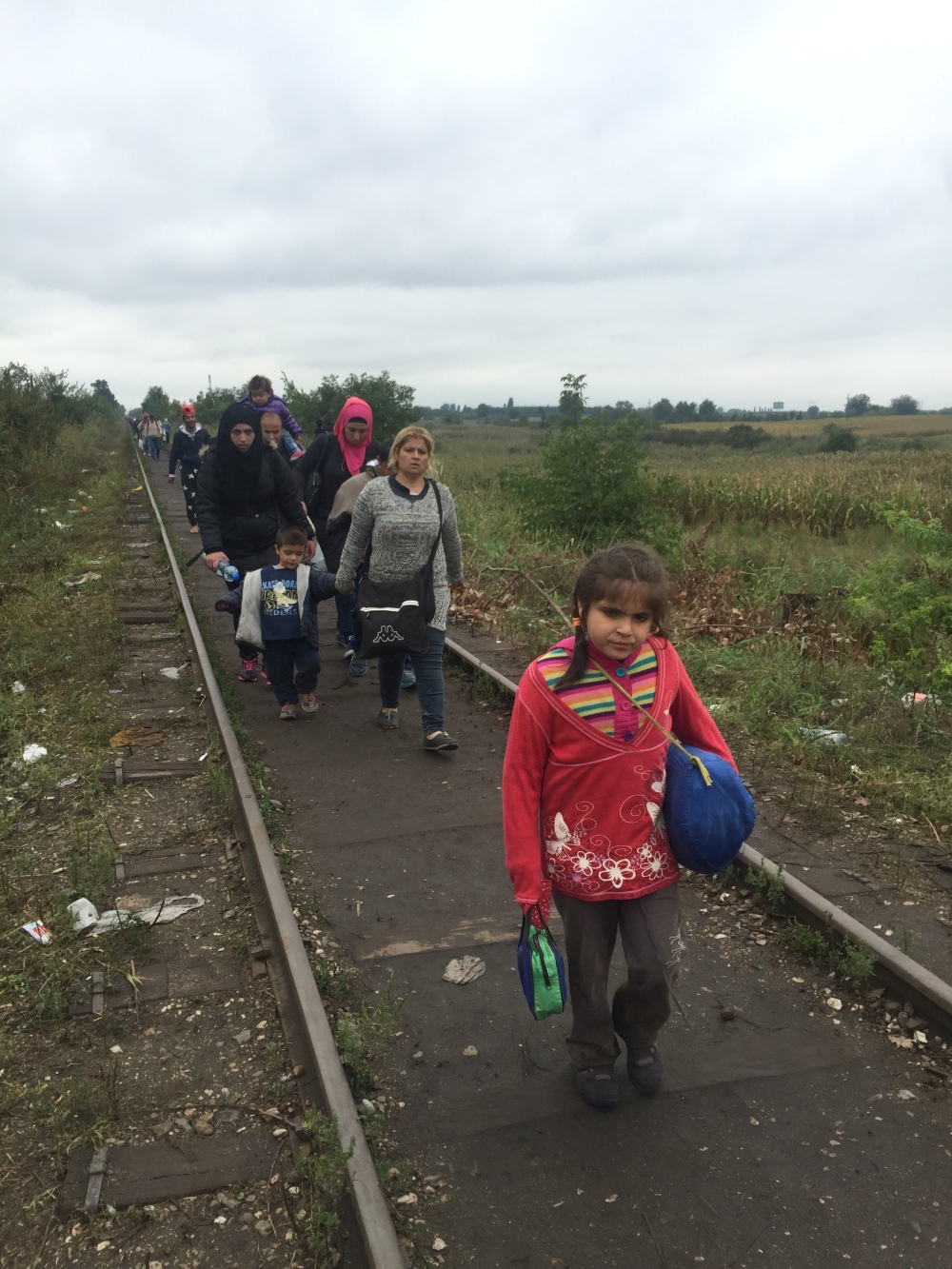 One response to “The face of the Syrian refugees you fear?”