Tonight reports of airstrikes near Damascus, Syrian air defense active, missiles flying, I made a map of areas where people reported incidents, debris or missiles, some of this could be Syrian air defense also, so it doesn’t mean each area on my map is a target, just where things happened. 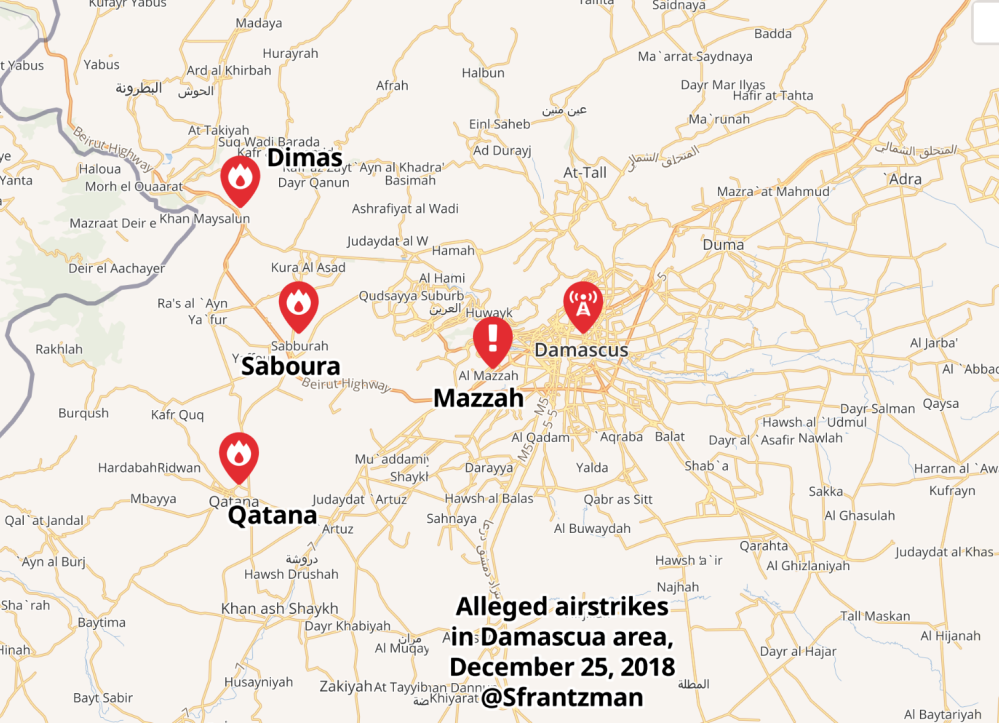 This is the first incident since December 9 when Syrian S-200s were mistakenly used against nothing, and the second major incident after November 29 when airstrikes hit near Kiswah south of Damascus. Since mid-September when the IL-20 was downed by Syrian air defense in the midst of an Israeli air raid in Latakia there have been less reported air strikes in Syria. Prior to September Israel says it struck 200 targets in Syria in two years.

Russia gave Syria the S-300 defense system in October, but it is not clear if it is operational. Since US President Donald Trump said the US was withdrawing from Syria, Israel has said it may increase its efforts against Iran.