In mid-November, the world media reported that Interpol was hunting for seven members of an organ-trafficking ring. They were accused of operating a clinic called Medicus in Pristina, the capital of Kosovo. Most news media were excited to reveal that two Israelis were among those named in the 46-page Interpol report. Less interest was shown in the other international members of the ring – Turkish and Albanian Muslims.
Only one Israeli, Moshe Harel, was wanted by Interpol in connection with the ring. The other Israeli, Zaki Shapira, was listed as an unindicted coconspirator. A Turkish doctor and five Albanians were also indicted for their role in diverse criminal activities such as “trafficking in persons and unlawful exercise of medical activity.” 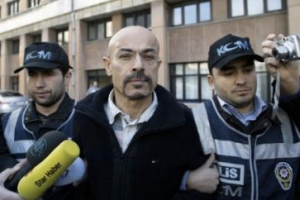 THE ORIGINS of the ring appear relatively recent. According to reports, Lutfi Dervishi, a urologist and professor at Pristina University, visited Istanbul in 2006 to attend a conference. At the conference he let it be known that he was looking for someone who could perform organ transplants. He was contacted by Yusuf Sonmez, a Turkish national and surgeon who has a history of involvement with illegal organ harvesting.
Sonmez maintains a website which claims he completed his residency in surgery at Istanbul University medical faculty in 1984 and was an expert in kidney transplants. According to a November 3 article in Hurriyet he also worked at the Ministry of Health. He completed his first transplant from a live donor in 1993, and by 2006 claimed he had performed more than,1,300 kidney transplants. In 2005 he was running a private hospital in Istanbul. Turkish websites indicate that his hospital was shut down in 2007 after a police raid, during which his brother Bulent was also detained. He received a suspended sentence.
Sonmez again fell out with the law over organ thefts in 2008. His medical license was revoked and he was banned from the profession for six months – which news outlets criticized as too weak a punishment. At the time Turkish articles called him the “the Turkish butcher” and Hurriyet referred to him as “Frankenstein.” In 2010, when it emerged that he was involved with organ trafficking in Kosovo, he turned up in Azerbaijan, apparently free to go about his bloody business. His status at present is not clear.
In 2006, while at the height of his power, operating his own clinic prior to the police raids, he contacted Dervishi. Sonmez then contacted a Turkish-Israeli, Harel, who according to the government of Kosovo was born in 1950 in Turkey. Harel later allegedly “identified, recruited and transported the victims, as well as managed the cash payments before the surgeries.” Sonmez, it seems, was also the contact for Shapira, who has a history of brushes with the law regarding organ harvesting.

Shapira was once head of kidney transplant services at Beilinson Medical Center in Petah Tikva. He was also a member of the Bellagio Task Force on global transport ethics. In the 1990s he ran afoul of ethics charges in Israel and moved to Turkey. In 2007 Shapira was arrested in Turkey; it seems he was already connected with Sonmez’s hospital. Now Sonmez brought Harel and Shapira to Pristina to help run Dervishi’s clinic. The clinic was operated by Dervishi’s son, Arban. Illir Rrecaj, a Kosovo Health Ministry official, granted the clinic a license to do urological checkups but was, according to Interpol, privy to the actual goings on there.
In October 2008 police suspicions were raised when a poor man was dumped at the Pristina airport and it was found his kidney had been removed. A raid on the Medicus clinic discovered that the organ harvesting ring had been bringing in poverty stricken patients from countries such as Turkey and Russia, promising them 15,000 euros, and then selling their organs for upward of 100,000 euros. Rrecaj was dismissed from his post. On November 4, Harel was arrested.

BUT ACCORDING to other sources it appears the tentacles of the case go deeper. The Serbian newspaper Blic claims that Dervishi was also involved in the murder and harvesting of organs from Serbs who were captured by ethnic Albanian terrorists during the Kosovo war of 1999. After the war there were rumors that Kosovar Albanians were keeping Serb prisoners in camps near the Kosovo border with Albania.
A Spanish KFOR contingent attempted to penetrate the village of Vrelo but was called back. Carla Del Ponte, the former chief prosecutor of the UN for war crimes committed in Yugoslavia, claimed in her 2008 book that as many as 300 Serbs were murdered for their organs just across the border in the Albanian town of Burrel. The infamous “clinic” in Burrel became known as the “yellow house,” but not until 2004 was it visited by a UN team to investigate the accusations. By then, only a few traces of blood remained.
According to Blic, in 1998 during the Kosovo crises, “[a] witness told Serbian war crimes prosecutors that he saw Dr. Lutfi Dervishi at locations where it was suspected that organs had been extracted from civilian prisoners and sold later.” Another Serbian source alleges that Shapira was also involved in 1999 in instructing those who harvested the organs, and according to the Croatian magazine Politika, he showed up in Macedonia in the same year, connected to a similar operation.

This claim is based on the fact that he had Turkish connections who were supporting the Kosovars during the war. Whatever the case, it seems the recent organ-trafficking scandal is merely the latest emergence of the dark cloud that has hung over Kosovo for years; it has become a center for human and organ trafficking in Europe.
What makes the present case so shocking is that almost all those involved were respected professionals in their communities.A professor from Pristina, a member of the Kosovo Health Ministry, an Istanbul doctor and pioneer in organ transplants and a former head of transplant services at Beilinson. What made these men turn evil? What sort of strange dark coexistence is this, where Turks and Israelis work together to steal organs?
Does their ring have its origins in the dirty war fought in Kosovo in 1998-1999? The anti-Israel and anti-Semitic media like to shed light on supposed Israeli involvement in organ trafficking, but what this case shows is that the networks behind the story have much deeper and more disturbing roots.