Published in The Jerusalem Post November 16, 2015
The state of emergency declared by French President Francois Hollande on November 13 in response to the massive terrorist attacks in Paris put in place a number of measures that hadn’t been used since the Second World War. A citywide curfew went into effect and martial law was declared. With more than 120 killed in the attacks and almost another 100 critically wounded, this is the highest death toll since 1944 as well. 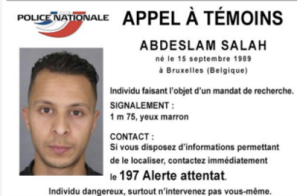 One fugitive on the run

There is a palpable feeling that the attacks on France represent a turning point in history. Commentators wondered how the “city of light” could be invaded by gun-wielding terrorists, intent only on murder. As many have pointed out, there has been a slow build-up to these Islamist attacks: the Toulouse and Montauban shootings in 2012, the Charlie Hebdo and kosher supermarket attacks in January, the Lyon beheading in June and the Thalys train attack in August.
To read the full article continue…

THIS ARTICLE reveals a number of details about the large number of ISIS fighters who came from France:

I conclude: A new kind of evil in the form of IS has tried to do what he prevented, and we must stand vigilant that this evil’s long trail of murder, going back to the genocide of the Yezidis and others, is finally stopped.

2 responses to “Is Paris burning? Inside the ISIS attack, past and future questions”